The Four Oldest Operating Casinos Around the World 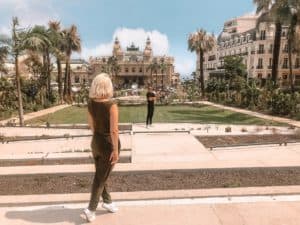 Gambling has been around for millennia, but it was only during the 16th century that the first casino opened its doors in Venice.  While many other casinos sprung up after that, a selected few managed to remain open since their incorporation, to become the world’s oldest operating casinos.

One can say that gambling is as old as humanity itself.  We can say with certainty that first organised wagering interactions took place before the codification of the written word.  Oldest recorded mentions of gambling go back to the third millennium before Christ in the region of Babylonia and the Fertile Crescent.

Today, the first association that springs to mind when we mention the word casino is that of Las Vegas, with its towering neon-lit buildings and its famed Strip.  Nevertheless, casinos have existed long before Sin City became the self-proclaimed gambling mecca of the world.

Here is the list of the four oldest operating casinos around the world that are well worth a visit:

Casino di Venezia is officially regarded as the oldest casino in the world that is still operational.  The casino, also affectionately referred to as the Ridotto, first opened its doors in 1638.  The current location of the casino, which was once a palace owned by one of the Venetian nobles, has been the home of Casino di Venezia since the 1950s.

Even though it has a proud history, the casino itself is anything but stuffy or entrenched.  There is a right balance of historical elegance and modern décor.  An excellent onsite restaurant provides a rich choice of the local culinary fare and those players looking for a lift have a free water taxi right to the casino door at their disposal.

An interesting fact is that the current Casino di Venezia building is also the final resting place of the famous composer Richard Wagner.

Casino de Spa in Belgium has a solid claim to being the world’s oldest casino located at the same address.  The casino first opened its doors in the small town of Spa in 1763 and underwent numerous transformations over the following two and a half centuries.  A fiery inferno wiped out the original structure in 1918, but the casino was quickly rebuilt, keeping both its original charm and style.

The Circus Casino Spa Group acquired the gambling house in the early 2000s, further enhancing its offering and variety.  Casino de Spa is renowned for its tournaments, which are hosted regularly at the venue.

Germany’s renowned Kurhaus Casino, located in the spa resort town of Baden-Baden, first opened to the public in the early 1820s.  After gambling was outlawed in neighbouring France in 1834, the casino saw a spike in popularity, with many aspiring French gamblers heading across the border to try out their luck.

With international clientele streaming in, the casino’s reputation soon spread, and it became universally popular.  Today, the casino still welcomes gamblers from near and afar, who are drawn to its classical crystal chandeliers, intricate murals and well-appointed VIP salons.

Marlene Dietrich and Fyodor Dostoevsky were both regulars at the establishment, and the current list of visitors is no less star-studded today.

Monte Carlo evokes images of wealth and luxury, and it’s only natural that its centrepiece is the fabled Casino de Monte-Carlo.  The casino is one of the most respectable and prestigious gambling houses in the world, with a legacy that spans close to 200 years.

Monte Carlo Casino, which is often referred to as the Grand Casino, has been in business since 1856.  The casino received a notable marketing boost when it featured in the 2006 James Bond classic, Casino Royale.  The casino is no less glitzy in real life, with the ever-present collection of limos and supercars parked in front of its main entrance.

Visiting a casino is always fun, and for those discerning gamblers, who are looking for both entertainment and a good dose of gambling history, one of the above casinos is a perfect choice.  Alternatively, take a look at our list of the top global travel destinations for casino enthusiasts.  Bon voyage and strike it rich!