What Does the Word Casino Mean and What’s its Origin? 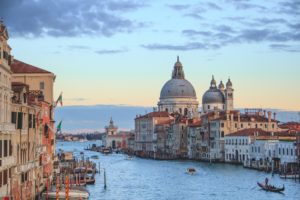 While the word casino is overused daily on many fronts, the origin of the word is an unknown for most people and traces its root back to 16th century Italy.

During the 16th century, gambling thrived in the northern part of the Italian peninsula and especially in Venice, which was a global centre of commerce and mercantilism.  While the lower classes gambled wherever they could find a spot on the street, the upper classes practised gambling in places called the ridotti.  These were private establishments that hosted the rich and offered them a venue where they could eat, drink, dance and gamble.

However, by the beginning of the 17th century, the ridotti began employing staff, in the form of dealers, and started banking the games to rake in a piece of the action and profit from the gambling that they hosted.

The Establishment of the First Casino

The Great Council of Venice, the city-state’s governing body, finally granted a permit in 1638 to the San Moise Palace, or the Ridotto, as the official venue where people could come and gamble in exchange for proceeds that would be kept by the establishment.

Decentralisation of the State-Controlled Gambling Houses

In 1774, the Ridotto closed its doors.  However, the shutting down of the first casino was not a showstopper for the industry.  Far from disappearing from the Italian peninsula, gambling flourished across the local city-states and territories.

In fact, following the closing of the Ridotto, over 100 illegal ridotti, or casini, sprung up.  The word casini is the plural form of the word casino, which in Italian means a “small house”.  According to Schwartz, a casino was initially a clubhouse of sorts where people gathered, that soon evolved into venues for gossiping and gambling.

Therefore, from the Italian word casino, or small house, the English word describing a gambling venue emerged.  Even though the gambling venues of today are far larger and grander in size than the original Italian small houses, their purpose remains the same – a place to eat, drink, gamble and, perhaps, exchange a gossip or two.