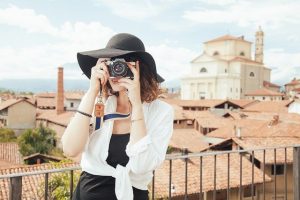 While for most of us, logging onto an online casino website suffices for a superb gambling experience, there are those people who prefer to take to the skies and travel to different corners of the world, to experience all that well-known land-based casinos have to offer.

Celebrated casino destinations such as Las Vegas and Monte Carlo have become part of the gambling folklore.  The allure of these glitzy destinations has been further solidified by Hollywood and unforgettable movies like Casino and GoldenEye.

Not only have specific holiday destinations based their tourism offering solely on gambling, but so have the casinos that operate there intertwined with the destinations themselves.  Very few people will ever visit Las Vegas without popping into one of the casinos on The Strip.  Ultimately, it’s this symbiosis that defines a through-and-through gambling destination.

Here are some of the top casino destinations for those discerning travellers that enjoy following the dice wherever they might set off to:

No destination is more synonymous with gambling than Las Vegas.  This unassuming town on the edge of the Mojave Desert experienced a complete renaissance from the 1930s onwards, due to the legalisation of gambling in the state of Nevada.

Today, the city’s main thoroughfare, fondly referred to as The Strip, is home to some of the most famous casino houses in the world.  The likes of Caesar’s Palace, Casino Royale and Bellagio all call Las Vegas home.

Even though close to 50 million gamblers visit Las Vegas each year, the city has got a few more things other than gambling on offer.  An array of theatres and concert venues straddle the streets, while the proximity of the Grand Canyon makes Las Vegas an ideal launchpad for local nature exploration.

If Las Vegas is the best-known casino destination in the world, then Casino de Monte Carlo is the most famous casino on the planet.  The tiny principality of Monaco, straddled near the Mediterranean border between France and Italy, prides itself on its independence that it has managed to maintain since the middle ages.  Its economic development was spurred in the late 19th century with the opening of the country’s first casino, Monte Carlo, and a railway connection to Paris.

Today, Casino de Monte Carlo, which is partly owned by the ruling Grimaldi royal family, is the embodiment of a superior and upmarket casino experience, that takes one back to the heydays of the golden era of gambling.  Other than its casino fame, the principality hosts the world-famous Monaco Grand Prix racing tournament each year, as well as offering some of the most picturesque beaches along the Côte d’Azur.

Macao is the epicentre of the gambling culture in the far east.  The tiny territory was colonised by the Portuguese in 1557, who held it until 1999.  During this period, Macao experienced fast economic growth as a key trading outpost of the Portuguese colonial empire.

Casino gambling was legalised in the territory in 1962. With the easing of travel restrictions between mainland China and Macao, an economic boom ensued, with close to 80% of the territory’s tax revenue being generated by gambling.

Today, there are over 40 largescale casinos in Macao, and this special administrative region of China is often referred to as the “Monte Carlo of the East”.  The most famous casino in Macao is The Venetian, a namesake of its just as illustrious cousin in Las Vegas.  The casino comes equipped with faux renaissance frescoes, canals and gondolas, and with over half-a-million square feet of floor space, this casino complex is awe-inspiring.

For those gamblers looking for a truly exotic experience, Sun City is the place to be.  Nestled within a remote valley in South Africa’s North-West Province, the resort resembles a scene straight out of a Rudyard Kipling novel.  The Palace of the Lost City is a majestic hotel built in the style of an ancient lost kingdom and is surrounded by the Valley of the Waves, a multifaceted water-world that will keep you enthralled for hours.

This fairyland is made even more appealing by the large casino complex that caters to every player’s needs.  The main drawcard of Sun City remains its isolation.  The nearest town is tens of kilometres away, and the proximity of a nature reserve guarantees that you’ll stumble across some sort of an exotic creature on your walks through the resort.

Setting Out Your Travel Plans

While travelling might not be on anyone’s mind at the moment due to the global pandemic, now is the perfect time to start planning your next trip.  With so many premium destinations to visit, that are both beautiful and cater to casino players, there’s nothing that should be holding you back.  Bon voyage!