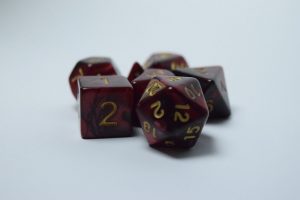 One of the critical mechanisms that keeps casino gameplay random and fair is the use of random number generators (RNGs), which are sophisticated computer algorithms that ensure that each game result is arbitrary.

Random number generators (RNGs) have revolutionised the way casinos operate and have afforded the players an extra layer of security each time that they drop a coin.

Different types of RNGs are employed for various functions, with the ones used in the casino industry being the pseudo-random number generators.  These are unique since they don’t require any external input to generate an output combination.  All they rely on is a seed number and an algorithm.

However, algorithms are fixed, meaning they are not wholly random since there is a finite number of known algorithms.  In theory, this means that each algorithm is hackable.

How do Casinos use RGNs?

RNGs are employed for those games where no live dealer is present (e.g. slots).  For example, the casino will assign a value for each reel symbol.  In a four-reel game where each reel has 14 symbols, the RNG will generate a value of 1-14 for each of the four reels.  The player wins when four random symbols align in a winning combination.

Have RNGs Been Manipulated?

Although casinos know that it is possible to modify RNGs in their favour, they refrain from doing so, since there is more than enough money to be made from fair play.  However, there have been examples of casino employees fidgeting with RNG systems for their own gain.  A highly publicised incident took place in 2008 when it was reported that BLR Software had fixed their games to increase the house edge at an online casino called World Wide Wagering.

How Casinos Ensure that RNGs are Fair?

Casinos submit themselves to regular audits by professional bodies such as eCOGRA, that evaluate the games, verify payouts and analyse live dealer reporting, as well as sports betting and overall security.  All RNG systems that pass the audit are deemed to be fair and random.

The impartial checks ensure that games are not prejudiced by variables such as the size of the payouts, the number of credits used in play, VIP programmes, and more. The reviews also corroborate that the machines meet the minimum payout percentages put in place by the relevant authorities and gaming commissions, where rules can often vary.

What Are the Keno Numbers that Come Up the Most?

How Often Do Certain Roulette Colours Come Up?

What is the Origin of the “Bingo” Name of the Game