3 Richest Gamblers in the World and How They Became Wealthy 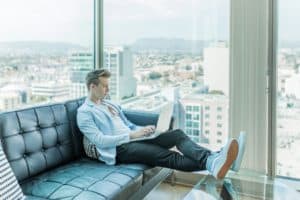 It’s impossible to win every gamer of cards that you play, although it always brings a smile to the face when you champion over your opponents in a game of skill and strategy.  The richest gamblers in the world had a mixture of luck, skill and a great deal of perseverance to get and remain at the top of their game.

Did you lose your last game of poker?  No worries – there is no rush.  Your fortunes will likely change over the next few rounds.  The richest gamblers in the world, too, did just that.  They knew that to win some, they’d have to lose a few more.  But through sheer determination and drive to continue and come on top, they managed to get their names permanently inscribed on the list of the world’s richest gamblers.

William “Bill” Benter was born in Pittsburgh, Pennsylvania in 1957.  Benter is a keen scholar, obtaining a degree in physics, and is a natural genius when it comes to mathematics.  Using his numbering skills, he first launched his gambling career at the blackjack tables of the Las Vegas Strip, where he excelled at using card counting techniques.  Within seven years, his exceptional abilities got him banned from all of Sin City’s casino joints.

Ready for a new adventure, Benter relocated to Hong Kong, where he developed a keen interest in the local horseracing market.  Through a partnership with a local punter, Alan Woods, the two developed a formula that predicted results of horse races.  Benter later refined this and came up with the most successful horserace gambling software.

Today, it is estimated that Benter makes about US$100 million every year on racing, often spending up to US$10 million in a single race.  Additionally, besides his focus on betting, Benter spends vast sums of money each year on philanthropic activities and charity work.

Edward Thorp was born in Chicago in 1932 and holds a PhD in mathematics from the University of California in Los Angeles. Thorp’s career path saw him lecturing mathematics from 1959 to 1977, as well as working as a fund manager.  Using his knowledge of computer imitation, he developed a card counting strategy to increase odds at playing blackjack.

He put his theory to practise in Las Vegas, Reno and Lake Tahoe, where it brought him great success, and resulted in the publishing of his world-famous book on card counting, Beat the Dealer.  Additionally, with the assistance of Peter Shannon, Thorp constructed the first wearable computer in 1961, which he used extensively at roulette and blackjack tables until it got banned in 1985.

Thorp also invented the Thorp Count, a winning methodology for backgammon players.  During the 1960s, he used his statistical prowess in the stock market, developing and validating useful hedge fund methodologies that earned him an estimated fortune of over US$800 million.

Željko Ranogajec was born in Hobart, Australia in 1961, and is probably the most successful and secretive gambler of all time.  His early stint at the university, studying law and commerce, did not work out and Ranogajec embarked on a career in advantage gambling.  Making use of his intricate mathematical skills and photographic memory, he was easily able to convert hundred-dollar bets into seven-digit wins.

Eventually, Ranogajec got banned from most Australian casinos, which made him shift his attention to horseracing and, ultimately, led to his enormous fortune.  Although Ranogajec never gave any interviews, a close family friend says that he lives a life of a multibillionaire.  It is claimed that Ranogajec accounts for up to 8% of Tabcorp’s (Australia’s leading diversified gambling entertainment group) annual revenue.

Recent reports also indicate that Ranogajec is currently involved in a dispute with the Australian Taxation Office over A$900 million in taxes owed to them.  Speculations aside, Ranogajec is a record-holder for winning a sizeable US$7,5 million in Keno, back in the 1990s.

So, next time they tell you that the house always wins, think again.  Making a living out of gambling is not easy, but if you get it right, you can become one of the richest gamblers in the world.  Good luck!