Using the Martingale Betting Strategy in an Online Casino 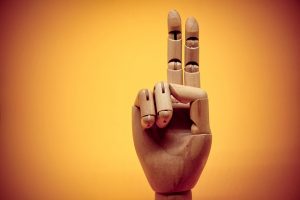 You’ve probably experienced this dilemma before.  You placed a bet, and you lost.  You then tried again and lost the hand for the second time.  Now that you seem to be on a slow and steady losing streak, you wonder if there is a probability to recoup your losses quicker, without having to engage in a prolonged tug-of-war with the casino.   According to tried and tested methods, the martingale betting strategy is one such system that can be effective in expediting your winnings during double up scenarios.

The Origins of the Martingale Betting System

Although invented by an Englishman, John Martindale, the martingale system experienced a golden age in the late 18th century France.  The shameful excesses of the aristocracy were about to ignite the powder keg that would become the French Revolution.  Even so, the primary concern of the nobility was how to showcase their gambling skills around a game of cards.  The amounts of money wagered during these tournaments were staggering, especially considering that the French kingdom was tethering on the verge of bankruptcy.

It was not uncommon for many grandees to accrue massive losses during these contests.  To offset this (and to cushion their egos) the martingale betting system was adopted.  This strategy would allow for a more aggressive wagering approach to follow each losing hand that can be doubled, thus speeding up the recovery of the lost money.

While this methodology might have helped the French grandees to walk away with slightly heavier pouches, the guillotine was not so kind to them, and the majority lost both their fortunes and their heads in the process.  Nonetheless, the martingale system kept its body and soul together to this day and is one of the better-loved, yet more controversial tactics applied by casino pros.

How Does the Martingale Betting Work?

The martingale system can be applied across various casino games, although it seems to have found a perfect fit when used to strategise roulette moves.  The trick is only to pursue those bets that can double up a wager in case of a win.  Some of these include betting on colour or evens and odds, where both the loss and the win are 100% of the wagered amount.

Should a player lose a round, he would then bet again on the same field and would double up the amount that he lost during the previous round.  For example, you might put down CA$10 on the roulette red.  The ball ends up stopping on a black number, and you lose the round.  According to martingale, you will then bet again on the red in your next round but would double up your initial lost amount to CA$20.  Should you lose again, you would continue doubling up the last betted amount, until you hit a win.  Like this, a single winning hit will turn around the entire losing streak, whenever it happens.

How Successful is the Martingale Strategy Against Casinos?

If you wonder whether martingale betting can break a casino’s bank, the answer is somewhat inconclusive.  While in the short run the system can carry some success, over a more extended period of time it loses its appeal, due to two shortcomings:

Even if you hypothetically have unlimited funds to finance your next gambling game, you would eventually reach the betting limit of a table.  By sinking into an extended losing twirl, you will reach a point at which it would be practically impossible for you to double up anymore, making the system unusable.

Pursuing a martingale approach during a round of betting can rapidly deplete your bankroll.  Continual doubling up makes each new bet more and more expensive to place, which might dishearten many players from carrying through to the end with this method.

Martingale system can come in as a handy tool for shorter gambling rounds and for completing the wagering requirements of a cash bonus.  However, in the long run, this system is not failproof for scoring a win against an inhouse or an online casino.  In the end, evaluate your options and see how you can best fit martingale gambling into your gameplay.