Top 10 Casino-Themed Movies for You to Watch 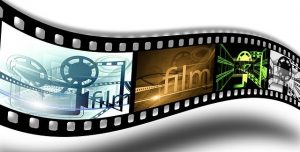 Hollywood cinematography has been filled with casino-themed movies, ever since the legendary Casablanca hit the silver screen, garnering substantial success and winning the 1943 academy award for best picture.

When Jack Warner rushed to the stage to collect the Oscar for the 1943 Best Picture Award, he had no clue that this unassuming production would one day earn such a distinguished honour.  Casablanca outdid itself with its theme that auspiciously coincided with the Allied invasion of North Africa, affording it the added relevance and oomph.  But it did more than that to the genre of casino movies, the allure of which has endured to this very day with other well-loved Hollywood gambling classics.

Casablanca paved the way for other modern movies whose storylines revolve around the casino floor.  Here are some flicks that we think you should add to your viewing repertoire:

Who can forget Robert de Niro’s sterling performance in this 90s Scorsese classic?  De Niro plays Ace Rothstein, a former mafioso who now ekes out an honest living as a manager of a respectable Vegas casino.  But things take a turn for the worse when his old mafia buddy, Joe Pesci, pays him an unexpected visit and seeks help.

The first in a trilogy of Danny Ocean movies, a group of brilliant con-artists sets their sights on three of the grandest casinos on the Las Vegas Strip – The Bellagio, MGM Grand and The Mirage.  In a daring heist aimed to scoop up over US$150 million, the stakes are high, but so is the adrenalin level.

If you are looking for a jampacked flick full of opulence, high stakes and risk-taking, then this James Bond movie is earmarked for you.  007, played by dashing Daniel Craig, keeps us on edge in his attempt to undermine the banker of the underworld, Le Chiffre, from winning a crucial high-net game of poker.

If you’ve ever wondered what not to do at a bachelor party, then watch The Hangover.  Things go insanely wrong when a group of friends wakes up in their hotel room with a live tiger next to them, the groom missing and one of the revellers having a wedding band on his finger.  While we wouldn’t wish to have been in their shoes, the old adage what happens in Vegas stays in Vegas has never rung truer.

Johnny Depp expectedly takes things to a whole new level in this true-story cult-favourite film about a journalist and a lawyer who take a psychedelic road trip to Sin City.  The movie is riddled with alcohol, opiates, hitchhikers and the duo’s attempt to find that elusive “American dream”, painting an often-overlooked portrayal of the dark side of Las Vegas.

An oldie but goldie, Rain Man brings together Tom Cruise, as a shrewd brother who plans to make use of his autistic savant sibling, played by Dustin Hoffman, to count cards at blackjack tables of Las Vegas.  The movie exposes the grey zone that exists between what is deemed legal and what might be assumed as illegal in everyday gambling.

Two card virtuosos decide to take a trip down the Mississippi.  They try their luck in all major cities they pass until they reach their final destination – and dream of winning a high stakes poker game at one of the renowned casinos in New Orleans.  The movie is riddled with risky behaviour but ends on a positive note.

A promising law student Mike, played by Matt Damon, who also brills at poker, decides to give up his hobby to focus on his studies.  But everything changes when his best friend, who is neck-deep in debt, is released from prison.  In an attempt to help his buddy out, Mike heads back to the gambling floor.

Forget about the perceived glamour of gambling.  A croupier turns the tables and shows us the dark side of casinos, where an aspiring writer becomes a croupier to seek inspiration for what he plans to write.  This drama depicts how an average person entering the gambling world can experience a hard time getting out of it.

English teacher, Mark Wahlberg, is a gambling addict who revels in high-stake betting. After lending $240,000 from criminals, he loses it all in a game of blackjack. From that point onwards, Mark desperately looks for solutions to repay his debt somehow and get out of his pickle alive.