Slot Machines That Revolutionised the History of Gambling 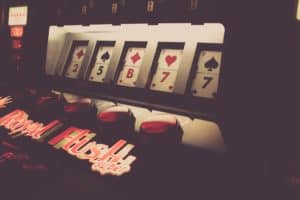 With the history of slot machines tracing its way back to the 19th century, many slots emerged, contributing to and redefining gambling history as we know it.

There’s a special kind of energy that runs through our veins each time we drop a coin into a slot machine, pull the lever and set all the reels in motion.  Lady luck spins the reels, offering endless possibilities of fluky outcomes.  Today, the levers have largely been consigned to history, with electronic online slots being the order of the day.

The origin of slot machines traces its way back to the final days of the Old Wild West, in the form of rudimentary, clanky, metal box contraptions.  Over the next century, these crude machines evolved into slick and sophisticated audio-visual cyber slots that reside at online casinos.

Here are the slots that redefined gambling and made it what it is today:

Early slot machines were simple, consisting of metal boxes, with drums and playing cards attached.  The idea was to get a five-card poker hand from the five reels, and the payout was a trade-off with the bartender who was hosting the machine. You could win beer, cigars, or other bar merchandise. The trading concept allowed bars to circumvent strict gambling laws since there was no physical money paid out.

Sittman and Pitt built the oldest known slot machine in 1891.  The device looked like a cash register, with cards instead of dollar signs in the display window.  Rudimentary reel drums spun after a nickel was inserted and the lever pulled.  Fifty cards would turn at the top, revealing a hand.  Bar owner could also remove one or two cards, thus increasing their house edge, which gave these machines a reputation of being rigged.

In 1895, Charles Fey built upon the Sittman and Pitt machine model by reducing the number of reels from five to three and introducing instant cash payouts.  This new machine, called the Liberty Bell, was the first real-money slot machine.  A lower number of reels also meant that the payouts were more frequent, making this machine very popular.  The biggest payout was three bells in a row, which equated to 50 cents.

The growing popularity of slot machines caught the attention of the authorities, and by 1908, most real-money slots were banned and forced to go underground to places like speakeasies and brothels.  The Operator Bell, which was a variation of the Liberty Bell machine, somewhat resolved the issue by dispensing candy instead of coins.  The candy was fruit flavoured, so fruits ended up adorning the reels.  These machines became known as “fruities”, while those that continued to use poker card symbols got named “pokies”, a terminology still in use in Australia today.

In 1963, a US manufacturer, Bally, launched the first electromechanical slot machine, the Money Honey.  The machine had a bottomless hopper that paid out up to 500 coins with a jackpot.  With the advent of computerisation, the first video slot machine was launched in 1976 by the Fortune Coin Co, combining logic boards with a 19-inch Sony Trinitron colour screen.  Today, over 70 per cent of an average casino gambling floor is made up of video slots.

By the mid-1990s, programmers were coming up with ways to offer an authentic casino experience without gamblers having to leave their homes.  The advent of the internet meant that all you needed was a computer and a connection, and you could access an enormous variety of slot games from your home armchair.  Online slots could feature more paylines than physical slots, offered progressive jackpots and free spins, and had integrated random number generators, whose algorithms ensured that your every spin remains fair and random.

So, there you have it – a concise history of the most popular form of gambling known to man.  From a bar distraction to a cyberspace champion, slot machines are here to stay.  And, with new online slot games appearing all the time, choices are endless.  So, pick your favourite set of reels and spin to win!