Popular Casino Superstitions and How they Impact Players 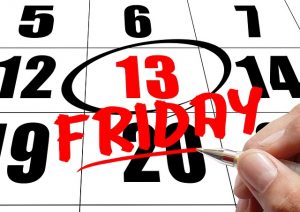 We all have superstitions that we believe in.  Some of us approach Friday the 13th with a dose of trepidation while others get the heebie-jeebies when they spill a bit of salt on the dining room table.  In the same way, casino superstitions are something not to be fooled around with for some players.

Gamblers are believed to be some of the most superstitious people on Earth, with many gambling beliefs tracing their origins back to the middle ages.  While the majority of us would shrug away most of these colourful theories, some gambling dogmas have found a surprisingly solid grounding in rational thought.  Others, on the other hand, have remained within the domain of old wives’ tales.

Here’re some of the most popular good and bad luck superstitions that are entrenched within the mindsets of individual gamblers:

Gamblers have long been associated with good luck charms and, even today, many come to the casino with a lucky pendant or item hidden in their pocket, with the hope of striking it rich.  Here are some lucky casino superstitions:

As with everything, there are the antitheses for all good things, and superstitious gamblers try to avoid these as much as possible:

Casino superstitions are here to stay, with many of them have become an intricate part of our gambling milieu.  Loathe them or not, there’s a half-truth in any lie.  Or perhaps, it’s the other way around?