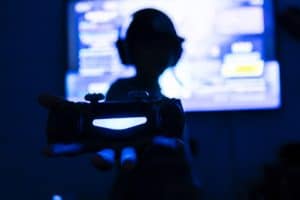 Ever since its introduction in the 1970s, the electronic gaming industry has rapidly gained traction with an ever-growing community of gamers, further expanding globally with the advent of online gaming.

Today, online gaming has become one of the most engaging types of entertainment for players across the generation gap.  The modern online gaming industry is made up of a vast array of game genres, catering to various player preferences.  From the popular massively multiplayer online roleplaying games (MMORPGs) and multiplayer online battle arenas (MOBAs), to a large variety of card games, there is something to suit everyone’s taste.

The game diversity is what makes this industry so appealing to the players, with each game genre stimulating a specific area of the human brain.  These mental stimulators vary from cognitive skills boosters to tactical role-playing scenarios, as well as adrenalin generators.  Ultimately, online games can contribute to social interaction and a sense of inclusivity and belonging.

Thanks to the advancements of technology and the internet, becoming part of the online gaming scene has become easy.  The rise of the online gaming industry has allowed developers to generate games that support social and brain development, as well as enhance lifestyle.

Online games have different genres, and players can select the ones that best suit their preferences.  Some games, like Limbo, Tomb Raider, and Portal, contain cognitive stimulators like puzzles.  These not only add to the fun and entertainment but act as enhancers of memory, attentiveness, focus and analytical skill.

Also, 28% pointed out that playing online games as a hobby positively impacted their coordination and reflexes.  The positive feedback from gamers indicated that playing video games is an untapped source of stress relief.

Specific games, such as MMORPGs and MOBAs, play a role in promoting communication skills and fostering teamwork-centric mindsets.  Since the majority of games are team-based, they allow players to strategise, plan and communicate with one another.

This setup has been notably beneficial with individuals who suffer from social anxiety and are introverts.  Video games allow these individuals to step out of their comfort zones and mingle with other players, without the usual stress and pressure they would accompany face-to-face interaction.  This is because online gaming provides more self-expressive freedom, as well as self-esteem and confidence-building opportunities.

While some games come with a fair share of competitiveness, the primary purpose of most games is to provide fun and entertainment, regardless of personal lifestyle and interest variables.  Since online games are accessible via the internet, it allows players to play from wherever and whenever they like.

Online games are great for filling in the gaps of our daily routines, spice up moments of idleness and ease various daily stresses.  The increased dependence of both individuals and industries on the internet has presented many financial advantages for online gaming players and developers.

The definition that online games are a gateway to escaping the harsh realities of life is just a scratch on the surface of the beneficial effects that these can bring. In truth, online gaming can help players to soothe their minds, reduce stress, stay engaged, develop a rapport with fellow players, and most importantly, gain the right kind of entertainment to achieve a sound mind and body.