5 Strangest Casino Games and How They are Played 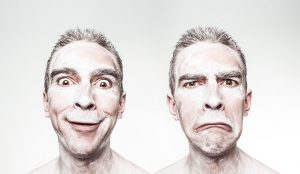 Gambling has been around for centuries and, over time, it gave rise to strangest casino games.  While we all know the classics and how they are played, there exist some lesser-known games that are, nonetheless, just as fun to enjoy.

When it comes to casino games, the first thing that springs to mind are the staples of any respectable casino: slots, roulette, poker, blackjack and craps.  Together, these games usually make up the repertoire at any larger casino.  Additionally, some casinos are even more “adventurous” and offer some slightly more exotic games, such as baccarat and backgammon.

However, even though these games have become synonymous with present-day land-based and online casinos, it doesn’t mean that the full list of gambling amusements ends with them.  In fact, it is estimated that there are 92 individual gambling games in existence.

From amongst the lengthy list of the strangest casino games, a few have caught our eye for their ludicrous unconventionality:

Belgian birdsong sounds more like something you would hear at your local aviary than in a casino.  But, brace yourself – the game does not only have an avian-themed name but involves live birds partaking in the gameplay.  As the rules state, caged songbirds are scattered around a casino room, and players wager on which bird they believe will sing the noisiest and for the most prolonged time.

A given timeframe limits each round, and all ears turn to the birds during this period.  The bird that scores the highest on both of the given criteria is deemed the winner, although it’s not given the opportunity to fly off with its winnings.  While Belgian birdsong remains somewhat of an oddity when it comes to parlour games, the question begs what the local SPCA has to say about this squawking light-heartedness.

While not many of you might have heard of war, the game remains popular in certain informal casinos and even online gambling.  The game is simplistic and is also popular with children.  To play, a player places a bet and receives a single card.  Should the player’s card be higher than the dealer’s, the player wins the round.  The ultimate objective is to score all of the cards and win.

Should there be a draw, the player has the right to go to war by doubling up or conceding defeat by forfeiting half of the bet.  Although this is the most basic style of the game, there are more sophisticated versions that require an advanced skillset to play.

When it comes to bizarre casino games, there seems to be a weird obsession with birds.  Tic-tac-toe chicken is yet another odd game that has an avian character in its midst.  In fact, it pits a player against a chicken, in a competition of noughts and crosses!  And, if this doesn’t sound wacky enough, a certain hen named Ginger became somewhat of a celebrity in the US by championing this bizarre game and winning most of her duels!

The game is played when a player challenges a bird by making their move via switches.  After this, they let the bird peck around its cage and hit a corresponding x or y button on the grid.  In the end, the board lights up and shows both selections, with the human winner walking away with a prize and the bird winner with a few extra pieces of corn to peck.

Dreidel is an old Jewish game that was usually played during the fest of Hanukah.  It uses a spinning top with four sides, each inscribed with a letter of the Hebrew alphabet.

The game commences when each player puts forward ten items (e.g. chocolates, banknotes, toys, article of clothing, etc.) and places one of each into a “pot” before each spin.  Then each player spins the dreidel and is awarded according to the letter that the top lands on.  The letter nun indicates no win, hey stands for half a win, gimel for a full win and shin instructs the player to put another item into the pot.

This game is so prevalent in the US that it has its own major league in New York City.

And back to zoology we go with yet another game that involves live animals.  Although no birds take part in Rodent Roulette, the star of the show is, as the name suggests, either a rat or a gerbil.  The game is played like regular roulette, except that a rodent instead of a croupier coordinates the wheel.

The rodent is placed inside a box on the wheel and is prompted to hide inside one of the pockets, each of which represents a number.  Whichever integer the rat chooses becomes the winning number on the roulette board.

So, there you have it; the five most-insanely inexplicable gambling games.  While these might raise a few brows with animal lovers, the games remain popular in certain places around the world.  We personally would skip the ones involving any type of live creatures, with the remaining ones sounding like a fun way to add diversity to existing casino catalogues.