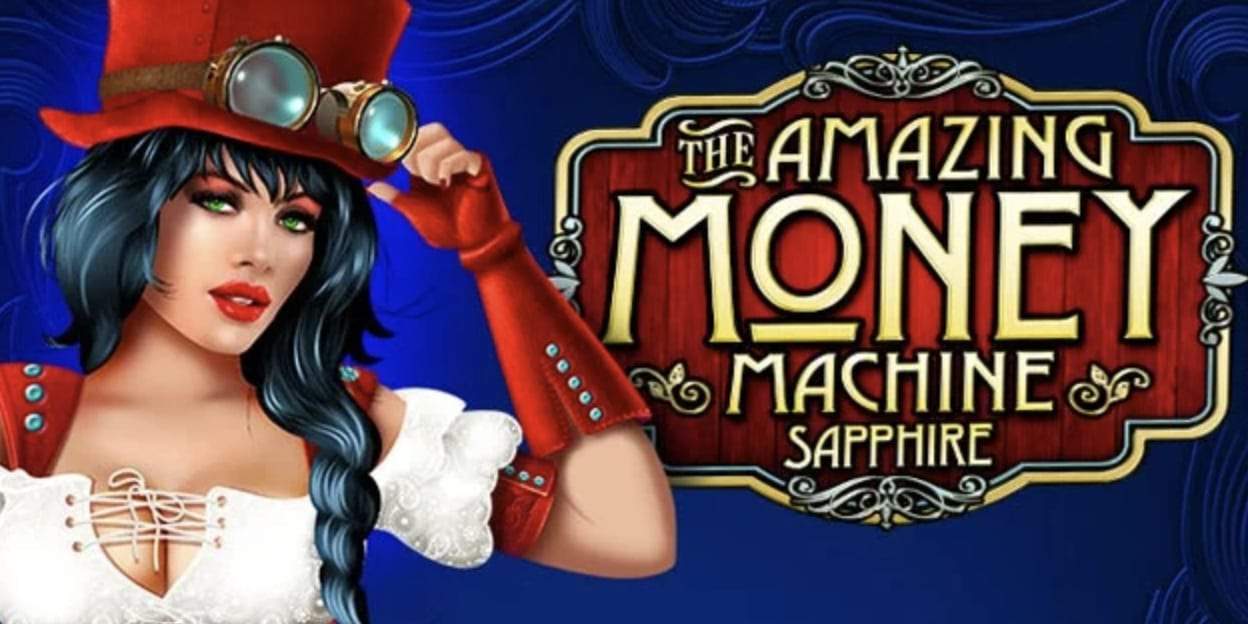 Jump straight into the steampunk era where the element of surprise is guaranteed by the intrigue of accentric scientists. The Amazing Money Machine is an online progressive video slot, brought to you by Pragmatic Play (and Wild Streak Gaming) and is played on 5 reels, with 60 paylines. If you are scouting around for an approved Canadian slots game, you are in for a super time with this one.

To chase these awesome jackpots, you shall need to place your bet, in order to bump those reels into motion. Should you prefer to spectate these atomic inventions, simply select the Autoplay Function, relax, and enjoy. The faster paced gamer is accommodated for and is encouraged to opt for the Quick Spin Function.

All symbols will pay from left to right on adjacent reels. The game is played on a 3 x 5 symbol grid, with 10 paylines. This is a high volatility game (meaning that payouts are less than average; however, the chances of obtaining large wins in a shorter timespan is much higher). Only the highest win per winning combination (on the same payline) will be awarded.

The blue heart diamond icon acts as the Wild Symbol and will substitute all other symbols, barring the Bonus and Money Symbols.

Wild Symbols may appear on all reels.

There are 4 different types of Money Symbols, which may appear on all reels. During each spin the Money Symbols will attract a random value, from a pre-defined set:

The Money Symbol is represented by the gold coin image.

The Mystery Symbol is represented by the question mark icon.

A monetary value (random) will be revealed at the end of the Respin Feature. This symbol also functions as the normal Wild Symbol during the base game.

The Jackpot Money Symbol will only appear during the Respin Feature. When this symbol is activated, it will award the gamer with 1 point towards winning the Jackpot Bonus Game.

The money machine will be graphically presented next to the reels. During both the base game and the Respin Feature, this machine may throw a random symbol onto the reels which will replace an existing symbol (upon any spin):

This feature will start after all winning combinations for the base game are awarded. The normal symbols will fade away, only leaving the Money Symbols (which triggered the feature) on the reels:

All gains from the Money Symbols will be rewarded to the gamer upon culmination of this feature.

To trigger this, feature the gamer is to obtain 3 Bonus Symbols on reels 2, 3 and 4, or to collect 3 Jackpot Money Symbols during the Respin Feature. The Jackpot Bonus Feature may also be activated via the Instant Jackpot Feature (from the money machine) during the base game.

There are 3 exciting Jackpot Bonus Features that may be won:

The money machine may randomly eject an Instant Jackpot Symbol (during any spin), which will suddenly trigger this mode.

5 Or Money Symbols landing upon the reels will trigger this mode.

There are four Jackpots (maximum winning) which will award the gamer (on minimum bet) as follows:

Enjoy playing this progressive slots game with Royal Panda Casino. Amazing weekday offers are order of the day here at Royal Panda. All new players will receive a 100% Royal Welcome Offer / Match Bonus. There are ongoing deposit promos up for grabs and players have from over 1,000 games to choose from.