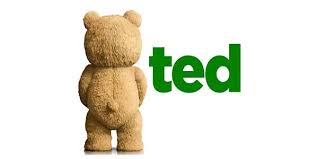 Get ready to embark on an adventure of a lifetime with your favorite cute, straight-talking, teddy bear. If you loved Ted the movie then this is just the right game for you. Ted is an online video slots game developed by Blueprint Gaming and is played on 5 reels with 20 paylines. Before you begin your mischievous adventures with Ted you will need to first place your bet to get the reels spinning.

Ted icon acts as the wild symbol and substitutes for all symbols except for the thunder buddies bonus symbol. Only the highest win on each payline is paid. Other wild symbols include grocery spin, colossal and standard wilds.

Read More
If Ted wakes up during any game, there is a chance the bonus modifier can be triggered, where he can award one of the following features: –   Laser gun wild – While the reels continue to spin, Ted jumps up from the couch and fires a laser gun at the reels. A laser beam bounces around the screen, turning symbols wild. –   Psychedelic super spin – With the reels spinning, Ted will awaken from his sleep, pick up a hookah pipe and immerse the reels in smoke. This will cause a number of special Ted symbols to be added the reels which transform into the same symbol and award a cluster of line wins once the reels land. –   Beer streak – Once the reels have landed with a combination of winning symbols, Ted jumps up and sprays beer over the reels, submerging the symbols in bubbles. This will cause the symbols to shuffle around the play area and into a new winning combination. This action will continue until all the bubbles pop. –   Psychedelic colossal spin – While the reels continue to spin, Ted will awaken from his sleep, pick up a hookah pipe, and immerse the reels in smoke. Once the smoke disperses, three of the reels will combine into one colossal reel which guarantees to deliver a colossal symbol win. –   TV remote symbol streak – Once the reels have landed and presented a combination of winning symbols, Ted jumps up and starts slamming the buttons on a TV remote. This will cause the reels to respin, holding the trigger symbols in position. The reels will continue to respin until the win is not improved. –   Psychedelic bonus boost – While the reels spin, Ted will awaken from his slumber, pick up a bong and immerse the reels in smoke, which will cause a number of additional bonus symbols to be added the reels. This can increase the chance of triggering a bonus for that spin. To trigger the thunder buddies bonus, you will need to initiate 3 or more bonus symbols. During the bonus game, you must move up the ladder to win 1 of 5 bonuses. –   Wheel of fortune bonus – Pick a Ted to reveal either an arrow, multiplier boost or spin. Arrow adds an extra arrow to the fortune wheel, while multiplier boost increases the multiplier value of one or more positions on the fortune wheel. –   Bar crawl bonus – The bonus shall be split into two stages; stage 1 is a board feature where you can level up to the big money bonus in stage 2. The player always begins in stage 1 and is required to select bottles in order to move around the board, increasing the total bet multiplier. –   Super mart free spins – The player is awarded an initial amount of 5 free spins. Ted will be shown running on the conveyor belt next to the reels and positioned on the shelves behind the reels will be a scattering of Ted wild symbols. During each spin, the background moves left to right changing the pattern of the Ted wild symbols. Once the conveyor belt stops, the reel positions will be populated with the corresponding number of wilds and process any line wins. –   Ted free spins – Ted free spins are played out on a 5×4 reel format, with a fixed amount of free spins. Positioned above the reels shall be a bonus grid containing various enhancements such as cash prizes, extra free spins and extra wilds. After each free spin, any special overlay symbols that land on the reels will award a super shot in the bonus grid. The player always begins in the bottom level and a marker will sweep left to right until it stops and awards a corresponding prize. After each sweep, the last position is converted into an advance arrow, thus increasing the chance of advancing further up the grid. –   Big money – If the big money bonus end game is reached, the player is presented with Ted in the center of the screen surrounded by a carousel of multiplier values along with sale signs down the left and right sides of the screen. Enjoy playing this exciting game with Ted and don’t forget to sign up with Dream Vegas for their exciting promotions. Happy spinning!