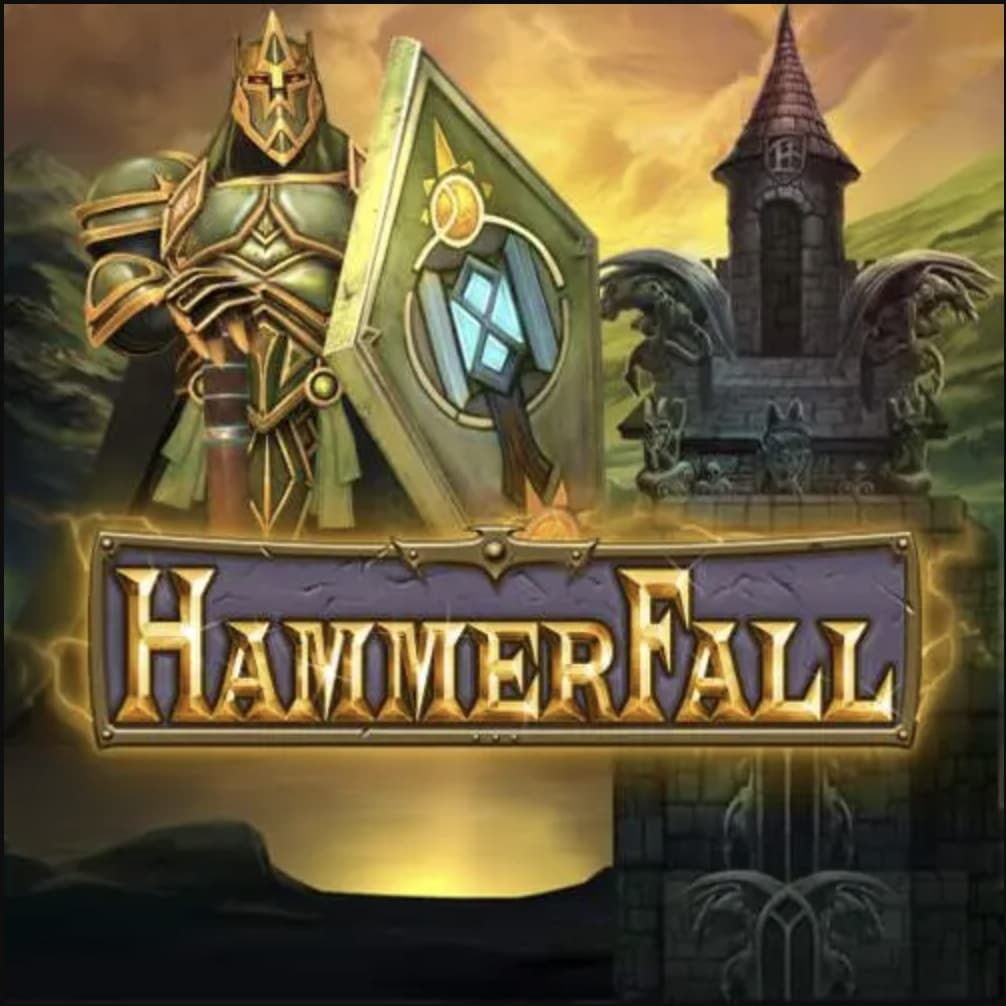 Glory to the brave! This game was stirred into creation by the Swedish power metal band, Hammer Fall – hailing from Gothenburg. The band was formed in 1993 by former Ceremonial Oath guitarist, Oscar Dronjak. Hit the right notes in order to trigger exciting songs and features – and keep this band playing. Hammer Fall is an online high volatility video slots game, proudly brought to you by Play’n GO. If it’s a legitimate Canadian slot that you are after, this is your game.

To be part of this awesome experience you shall have to place your bet, in order to get those reels spinning. Should you prefer to spectate this power metal band’s music, simply select the Autoplay Function, sit back and enjoy. You may also engage with the band at a high pace by opting for the Turbo Spin Function.

Hammer Fall is a cascading video slots game that is played on a 7 x 7 grid.

Wins are achieved by obtaining 5 or more symbols in clusters. The winning clusters are then removed so that new symbols may fill up the grid. Cascades will continue until all wins are exhausted.

Super Tiles are random positions that are highlighted and appear behind the grid – during each spin and throughout all features.

When a Super Tile is won, a Lightning Wild Symbol will appear over the tile.

Winning combinations will charge the Hammer Meter, which is able to normally retain a total of 25 winning symbols. Once the Hammer Meter is fully charged, the Song Feature of the current World will be triggered (there are 3 Worlds, each containing a unique mode). The different Song Features, are as follows:

Once a Song Feature is complete and all wins paid (for a round) the game will progress to the next World.

Should the Hammer Meter be overcharged (with a full-blown amount of 50 symbols) the Hammer High Feature will be triggered:

This feature will award the gamer with a free round, during which, all 3 Song Features will be awarded in succession.

Once this feature is complete (and all gains from the round are awarded to the player) the game will progress to the following World (in sequence).

During non-winning spins, 1 of the 4 Destruction Features may be triggered at random, namely:

Enjoy playing this unique slots game that is cheerfully hosted by Jackpot Village. All new players will receive a Welcome Bonus, along with super (and exclusive) promotional offers.