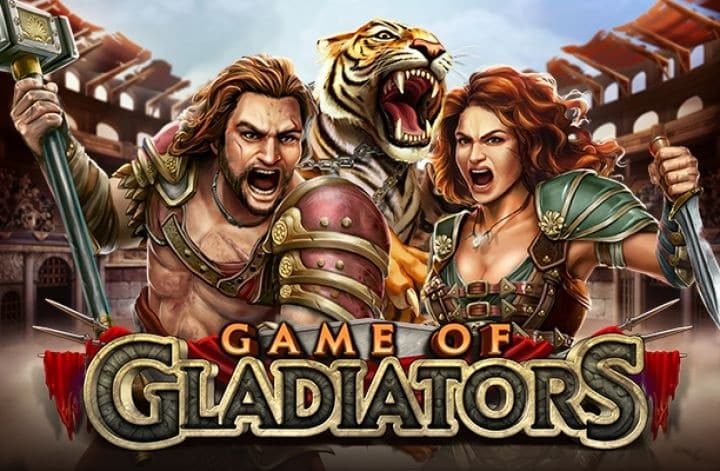 Travel back to Ancient Rome, where the slaves were trained to fight and were programmed to battle it out in public arenas … the time of the gladiator. Game of Gladiators is a real online high volatility slots game that is brought to you by Play’n GO and is played on 5 reels, with 20 paylines. If you are in the market for a legitimate online Canadian slots game, let the battle begin for some astounding wins.

To enter the arena, you shall need not only your shield, but to place your bet, in order to get those reels spinning. Should you prefer to spectate from the Colosseum, simply select the Autoplay Function, sit back, relax and watch the battle. For the faster paced gamer, it is suggested that the Turbo Spin Function be engaged for an added adrenaline rush.

Should the game round be disrupted, all game information and placed bets will be stored until the game is re-opened. The unfinished round may be continued from the point of interruption. Payline Wins occur on a number of selected paylines, in accordance to the information that is displayed in the Paytable and the Game Rules. When winning on multiple paylines in a single game round, all winnings will be summed together. All winning combinations will be paid out at the end of a game round.

The tiger acts as the Wild Symbol, which substitutes all other symbols except for the Scatter Symbol.

1 of 5 PRIMUS features may be randomly awarded, as follows:

3 Scatter Symbols will trigger the feature, “Enter The Arena Battle”. A champion is then to be selected (which will replace the base game Scatter Symbol). Each champion holds a unique Victory Prize (upon winning), as  follows:

This feature ends when the second Bonus Game culminates (win or lose). All Victory Prizes are additional gains and will be added to the feature’s total win.

Champion Scatters will initiate attacks. Prior to attacks, all H P gladiators will be added to the top (in groups of similarity – with the most powerful champions on the right). As the groups grow, their values will increase (in accordance to the Battle Prize Paytable).

Free Spins will continue throughout, until the battle is either won or lost.

Enjoy playing this gladiator themed slots game that is proudly hosted by Dream Vegas Casino. Players will enjoy some awesome tunes that are in sync with each spin. All newly subscribed players will receive a 200% Match Bonus (of up to CA$2,500) whilst enjoying access to over 1,000 games.