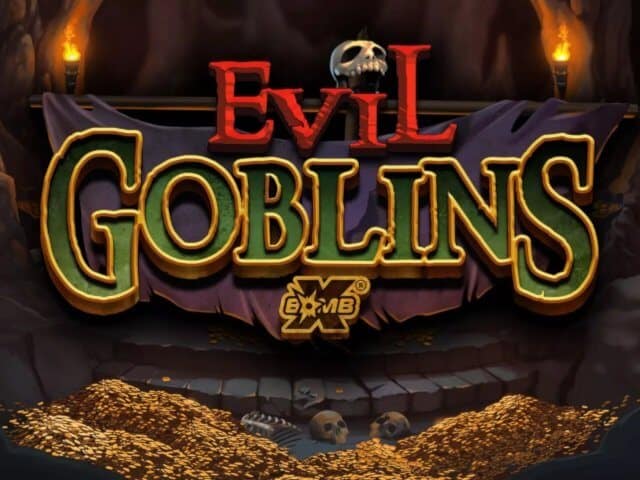 These mischievous goblins are a malevolent bunch who are intent on destructing your game! Put a stop to this lot for an exploding win of your own. Evil Goblins is a real online video slots game that is brought to you by NoLimit City and is played on 5 reels with up to 729 win ways. If you are looking for a genuine online slots game, these goblins are the way to go.

To stop these crazy imps from mischief you will need to speedily place your bet. The pacifist may spectate these proceedings by opting for the autoplay (function). If the thought of fast paced tom foolery delights you, please engage the Quick Spin Function.

– 3 Resurrection Wild Symbols: will generate a Multiplier of x 11;

– 4 Resurrection Wild Symbols: will generate a Multiplier of x 33; and

– 5 Resurrection Wild Symbols: will generate a Multiplier of x 55.

All Hail the King

Enjoy playing this slots game with Jackpot Village Casino – one of the greatest legit online casinos in Canada. New patrons will receive a Welcome Bonus of C$2 000, plus 30 Bonus Spins.