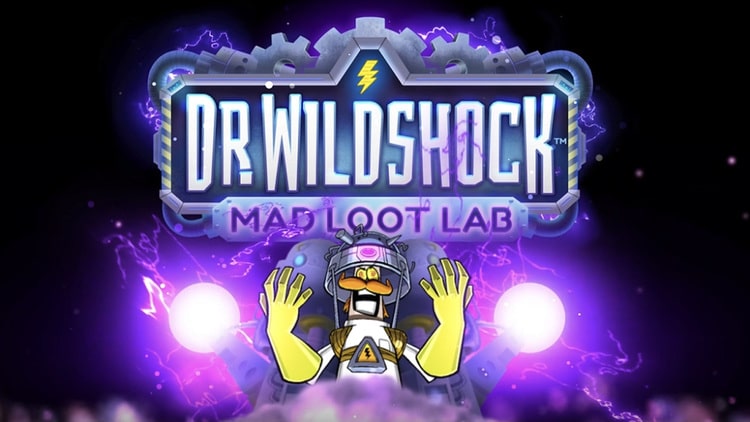 Dr Wildshock – Mad Loot Lab introduces you to an outlandish cartoon scientist, who has brought his entire lab to the reels. Be sure to collect all that is explosive for a WILD time. This game promises not to leave you empty handed … along with the fiery residue, of course! Dr Wildshock – Mad Loot Lab is a real online video slots game that is brought to you by Microgaming (in partnership with Gold Coin Studios) and is played on 5 reels, with no paylines (any 3 matching symbols will trigger a win). If you are in the market for explosive authenticity in the Canadian online gaming arena, this game will not disappoint you.

Don’t get carried away now, dear gamer, you need to place your bet to be part of these winning lab works. You may enjoy these proceedings from the side line by opting for the autoplay (function) or, you could become part of the winning streak sooner than later by selecting the turbo spin (function).

Enjoy playing this slots game with Jackpot City – one of the greatest online casinos in Canada. New patrons will receive a Welcome Bonus of C$1 600, coupled with a variety of 700 + online slots games. A speedy 24/7 customer support service is at your disposal. JackpotCity is a top-rated Microgaming online casino and your one-stop shop for online entertainment.