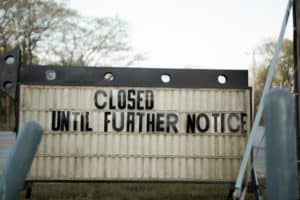 The Saskatoon horseracing community has been on the receiving end of a string of bad news, with the latest info indicating the permanent closing down of Marquis Downs racetrack.

It’s been a season to forget in Saskatoon when it comes to horseracing, with the latest news indicating that Prairieland Park has been reassessing the long-term future of its Marquis Downs racetrack.  Current reports suggest that the possibility of closing down the live harness track and replacing it with a football field is high.

The news has come as a double whammy for the local horse people and racing fans, with a recent announcement by Prairieland Park informing all fans that the upcoming season of live harness events at the venue has been suspended.  The racetrack currently employs over 500 employees, and the idea of changing the venue’s format has generated public outrage.

Anita Gardipy, a trainer at Marquis Downs, has labelled the move as a “real gut punch” for the industry.  Gardipy added that, despite her family being active with horse training at the course for over 100 years, she doesn’t have any resentment towards the venue.  However, she believes the management could have done more to save the racecourse.

Due to the upcoming closing down of the venue, Gardipy plans to relocate all her horses to Assiniboia Downs in Winnipeg. Still, NDP MLAs Aleana Young and Matt Love are urging the provincial authorities to raise funds and save horseracing in the region since it is still not too late to save jobs.

Prairieland Park’s president, Mark Regier, defended his decision by stating that current circumstances have left him with no other option.  The ongoing pandemic has also not helped, with most jockeys hailing from the Caribbean and unable to travel currently due to restrictions.  Additionally, the track is suffering from a severe lack of funds.

Recently, Prairieland Park notified the public that it is in talks with Living Sky Sports and Entertainment, as well as the Canadian Premier Soccer League, to bring a team to Saskatoon.  The current plan is to have the horseracing track replaced by a soccer stadium by 2023.