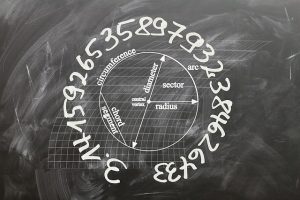 Whenever we gamble, our desire to strike it rich is underpinned by the assumption that each of our wagers will stand a fair chance of winning.  Random Number Generators (RNGs) play a significant part in ensuring fair play.

Every time that you play at an online casino, your expectation remains that each of your dealt hands or slots spins is random.  Although double-dealing casinos do not make the news that often anymore, facing off against a computer each time that you play might raise some concerns that you might have about the fairness of each game.  To put their players’ minds at ease, online casinos employ random number generators (RNGs) to ensure that the results of each game are arbitrary and do not follow any predetermined pattern.

What is a Radom Number Generator (RNG)?

RNG is a computerised algorithm that generates random results.  RNGs are used in multiple industries for various tasks.  The variations used in the casino industry are called pseudo-random number generators.  The unique characteristic of these generators is that they don’t require an outside data input to generate an output.  Instead, they simply rely on seed numbers and algorithms.

Fresh seed numbers are created every millisecond, by taking one or two previously produced numbers and using a mathematical operation (e.g. addition, division, etc.) to generate a new random outcome.

How do Casinos Apply RNGs?

RNGs are used in virtual games like slots machines that don’t require the presence of a dealer. To explain how this system works with slots, here’s a brief example:

Assume that there are twelve symbols on each reel, and there are five reels in total.  The RNG would generate a value from one to twelve for each of the five reels.  As a result, there would be five different symbols.  Should those five random symbols make a winning combination, your prize will be paid out according to the chart.

While most analysts agree that RNGs are the closest that we can get to random result generation at the casinos, this methodology is not 100% failproof.  This is because of the underlying premise that there’s nothing random about mathematical calculations.  As certain as one plus one equals two, so too will a particular input always result in the same output.

This raises the possibility of RNGs being hackable since algorithms are fixed.  And, since there’s only a finite number of algorithms around, cracking the ones that an online casino uses could technically enable an individual to relieve the casino of millions of dollars.  Of course, randomly figuring out how an algorithm works is no child’s play and would require a great deal of ingenuity and statistical prowess.

Can RNGs be Rigged to Favour Casinos?

In theory, yes.  But almost no online casinos would attempt to undertake such underhanded actions as there’s simply enough money to be made in the long run by offering fair play gaming.  Best online casinos for Canadian players are also regularly audited by bodies such as eCOGRA to ensure that all their games are configured correctly, and the impartiality of their systems is never compromised.

Steps to Ensure the Fairness of RNGs

As mentioned above, online casino auditors regularly brush through the operations of accredited online casinos.  These audits include several testing evaluations such as:

Whenever an online casino passes the assessment, they receive a qualifying badge that can be displayed on their website, indicating that they adhere to fair play principles.  This notifies the public that a specific casino’s games are not influenced by external variables, such as the size of deposits and bets, VIP status of players or length of time spent playing a game.  Regular audits ensure that all the games are fair and stay that way.

Random number generators are becoming increasingly popular globally and can be found anywhere from airports to shopping centres.  At online casinos, they ensure that games are as random as computerised programs can be.  Ultimately, this offers you a peace of mind whenever you deposit your money with the expectation to win.