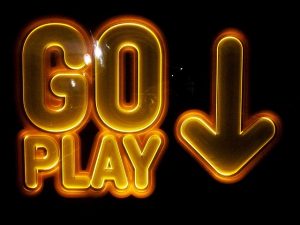 Slot games have established themselves on top of casino preference lists when it comes to individual player choices.  There are many reasons why the best online slots in Canada are so well-liked by regular players. These range from who the game developer is to user-friendliness to the lack of expertise or skill needed to play the game.  Ultimately, winning at slots primarily relies on the player’s luck and not their skills.

As with any casino game, players prefer specific slots over others.  A game’s popularity usually indicates that it repeatedly meets and exceeds player expectations.

Here are some standard features that players take into consideration when evaluating slots games:

While personal preferences are often subjective, the feedback from multiple players reveals specific patterns in their likings.  Accordingly, here are the six best online slots games in Canada:

Like the first version of the game, Thunderstruck II is also based on Norse deities and other superheroes.  The main difference lies in characters such as Thor and his hammer.  The game is played on five reels with 243 ways to win and has some adrenaline-charged bonus rounds that include as many as 25 free spins, a 5x multiplier, and many bonus symbols.  Looking at the payout rate, the game has a return to player (RTP) of 96,65%, with a maximum jackpot prize of CA$120,000.

Gonzo’s Quest is an exciting video slot game developed by NetEnt.  The game abounds with impressive graphics and bonuses that include multipliers and freefalls.  Gonzo’s Quest is played over five reels with 20 fixed paylines and uses an avalanche rather than a traditional spinning system.  The game is also mobile-friendly and can be enjoyed on various devices.

Starburst has been around for over a decade and remains at the top of all slots reviews. The game’s design is simple, and the payouts are significant and frequent, allowing you to win up to 50,000 x your initial bet. The game features a Starburst Wild symbol and a Win Both Ways option to help you grab those big wins.

Book of Dead, developed by Play’ n Go, is set in ancient Egypt and offers multiple options to find treasure. Although it’s been several years since this slot came out, it has stood the test of time. A popular feature is the book symbol landing in at least three places, which activates free games.

A symbol is selected randomly and expands across any reel it lands on, meaning a payout is paid out on any win. The symbol expansion occurs afterwards, giving the players more wins if new combinations are created.

Bonanza is the original slot game that started the Megaways frenzy, taking the virtual slot industry by storm with its unique layout, cascading reel, and numerous ways to win. This game is famous for its scatter symbol that gives 12 free spins when the word “gold” is matched across the reels.

The free spins come with a multiplier that continues accumulating during gameplay since there’s no multiplier limit. Bonanza is a volatile slot, but with a jackpot prize of 120,000 and a maximum win of 240,000 coins, it’s definitely one of the best online slots games in Canada.

Wolf Gold takes place in a desert illuminated by a full moon, where the players can find various wild animals, each carrying a different amount of coins. This five-reel slot includes several bonus features such as free spins, stacked wilds, mega symbols, and the Money Respin feature that increases the chance of winning bigger prizes. Earning its place amongst the best slot games, Wolf Gold also has a juicy jackpot that offers mini, major, or mega prizes, giving all players a shot at winning up to 250,000 coins!