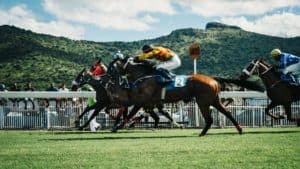 While the legalisation of single-game sports betting in Canada is all but a done deal, the country’s horseracing industry leaders have voiced some concern.

The expected deregulation of single-game sports betting across Canada has caused concern amongst the horseracing sector leaders, who fear that the legalisation could unintentionally be detrimental to the wellbeing of the live harness sport.

In a representation on 9 March 2021, Racetracks of Canada, Woodbine Entertainment, Horsemen’s Benevolent Protective Association of Ontario and the Quebec Jockey Club expressed their gratitude to the House of Commons standing committee on justice and human rights for pushing through the legalisation of single-game sports bets.

Jim Lawson, the CEO of Woodbine Entertainment, laid out his hopes that the government is fully aware of the horseracing sector’s significance and its economic contribution to the provincial and national budgets.  Lawson added that the industry, subsequently, needs to be safeguarded from any damage that the legalisation might bring.

Lawson, along with the heads of other four horseracing bodies, urged the authorities to roll out the necessary measures to safeguard the live harness market.  In a joint statement, the leaders urged for a ban on fixed-odds betting on horse racing so that the jobs of over 50,000 people in the industry would remain safe.

Bill Ford, the president of the Racetracks of Canada, requested that the government reassesses its stance on the legalisation of historical horse racing.  This is a wagering type where punters can place bets on the outcome of previous events, although they cannot check online on the winner of an event due to how the relevant information is presented to them.

A recent public announcement from Jim Lawson addressed the current situation and operational protocols amidst the pandemic.  Lawson also thanked everyone involved in the resumption of live harness racing in Ontario and those individuals who continue to support the industry in times of crisis.

In March, Woodbine Entertainment announced nine slots for the highly-anticipated Mohawk Million race that will take place on 25 September 2021. The final tenth slot will be decided by the winner of the William Wellwood Memorial race on 11 September 2021.