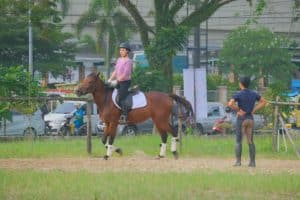 With a tough horseracing year behind us, all eyes are on the Woodbine Mohawk Park and their plans to recommence the races during the 2021 season.

The horseracing industry took a massive financial knock last year, although there finally seem to be some glimmers of hope.  Woodbine Entertainment is set on the recovery path, after receiving the green light from the government of Ontario on 8 February to resume operations at Woodbine Mohawk Park.  The tracks are expected to be reopened soon for training.

The reopening news has been welcomed by trainers, who are eager to resume training as soon as possible.  However, the reactivation will be partial, with only the paddock and the track reopened.  The grandstand and the apron will remain closed until further notice.

The racetrack will be open each Thursday, Friday and Saturday from seven o’clock in the morning until just after noon.  All training procedures will need to adhere to strict government health and safety protocols to safeguard all returning personnel at the venue.

The reopening comes on the back of the provincial administration’s drive to reignite the local economy.  The lockdown conditions for the remainder of the province are expected to be lifted on 16 February, with all regions moving to the red-tier classification.

With Woodbine Mohawk Park being in the Halton region, it was one of the first to be reclassified to red-tier level.  As per the reopening plan, registrations have begun on Tuesday, 9 February, with each session divided up into two segments, each comprising of 40 slots.  However, it’s still up in the air when spectators will be allowed back on the stands.

Woodbine Entertainment announced its 2021 standardbred schedule in January, with the season planned to commence in May, although no final decision has been made yet on this idea.  Nonetheless, players are looking forward to the possibility of winning the sizeable CA$20-million grand prize during the upcoming season.