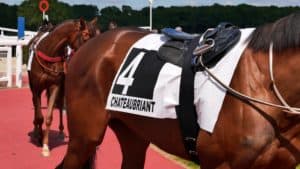 Woodbine Entertainment has announced the upcoming standardbred season stakes, marking its resumption of races in 2021.

There seems to be a great deal of interest from punters and other betting enthusiasts, with the possibility of tracks being reopened for spectators during the upcoming season.  It is estimated that the forthcoming Woodbine Mohawk Park racing season will generate over CA$20 million in betting stakes during the 2021 racing season.

Jim Lawson, Woodbine Entertainment CEO, stated that they are ready to reopen their doors for live events, having first put in place the mandatory safety measures.  According to Lawson, Woodbine Mohawk Park is currently waiting for the relevant authorities’ green light to resume operations.  According to the latest news, horse racing is expected to recommence in Ontario on 10 February.

The expectation remains that the season will begin in May 2021.  The two most sought-after races on the repertoire are the Pepsi North America Cup and the Mohawk Million.

The Pepsi North America Cup, which will feature its 38th edition, has been announced for 19 June at the Grand Circuit.  Parallelly, the second edition of Mohawk Million is expected to take place on 25 September, featuring two-year-old trotters and a nine-slot buy-in format.  Each slot is valued at CA$100,000, with the deadline for slot purchasing being 15 February.

Due to the ever-changing situation surrounding the COVID-19 pandemic, it is rumoured that this year’s Queen’s Plate will only occur on 22 August, with no official statement released from Woodbine Entertainment yet.  Additional report circling puts the OLG Canadian Triple Crown sometime in August too, although official confirmation is outstanding at the moment.

While Woodbine Entertainment was instructed to temporarily cease all operations in December 2020, NHL, on the other hand, received the go-ahead from provincial authorities to restart operations.  This caused a great deal of frustration for the largest horseracing organiser in Ontario, who already took quite a hard hit after being forced to cancel its remaining live 2020 repertoire events.