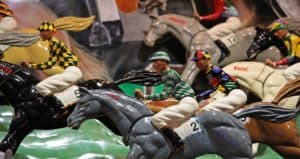 With the recent renewal of practice activities at the Woodbine Mohawk Park racecourse, horse people were pleasantly surprised by the announcement of the nominations for the 2021 standardbred season.

On 9 February, Woodbine Entertainment announced stake nominations for the 2021 standardbred season at Woodbine Mohawk Park.  The entire season is expected to be spread across various tracks in Ontario.

The cut-off date for the nominations was 15 February, with different stakes for different races.  Additionally, the remainder of the tickets for the highly anticipated Mohawk Million race were sold on the same day.  All purses are differentiated according to the submitted nominations, except for the Mohawk Million and Pepsi North America Cup events.

The two flagship events will carry the largest purses, amounting to CA$1 million per race.  Additionally, there are some smaller, but just as impressive purse events planned:

Training Back in Full Swing

On 8 February, Woodbine Entertainment announced that training would be renewed at the Woodbine Mohawk Park, after the lifting of the lockdown restrictions by the provincial administration.  However, live audiences will still not be permitted, with only the employees and horse people allowed on the premises.

According to Jim Lawson, the CEO of Woodbine Entertainment, the 2021 standardbred season will commence in May, with approximately CA$20 million bet rewards up for grabs.  However, due to the ever-changing circumstances, it remains to be seen whether this will materialise.