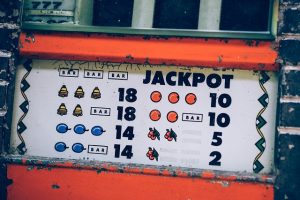 For an average Canadian casino enthusiast, the sheer choice of games available at both an in-house and an online casino is impressive. Amongst these, slot games hover above the rest, with several different types of slots available. Based on the overall popularity and the volume of players, real money slots have become the staple of most Canadian online casino players.

According to a study conducted by Ipsos for Canadian players 18 years and older, 90% affirmed that they played slots. This makes slot players the single largest market segment within the Canadian gambling industry. Keeping these players happy is crucial for casino operators since they are the ones that bring in the moola when it comes to real spend.

Most Popular Types of Slots Available in Canada

One of the ways to keep gambling enthusiasts returning for more is to offer them variety. While it can often be tricky to cross-sell a casino product to a player, creating choices within player niches is a surer way to satisfy them.

Various slots subgroups appeal to different players. Subsequently, some of the popular types of slots include:

Three-reel slots are the veterans of the gambling industry, with most of the early slot machines, such as Lucky 7s, being configured on three-reels. These are usually low-cost games that require a symbolic amount of money to play, offering only one to three paylines.

As a result, jackpots on these machines are relatively low, not often exceeding C$1,000. Although not as popular as they used to be, you can still find a few of these strewn around in-house casinos and online casino repertoires.

The higher the number of reels, the more paylines there are during gameplay. Five-reel games offer as many as 50 paylines, although it’s harder to win playing these, and the cost of playing is also higher since a player can bet on any of the paylines at once. Nonetheless, these tend to be the most popular slots, with jackpot prizes often reaching tens of thousands of Canadian dollars.

Seven-reel slots are the new kids on the Canadian gambling block. These slot games are complicated and contain over 50 paylines, with payouts reaching six-digit figures. Due to the cost of playing these, they have remained popular within a niche market segment, as most players look for value when playing. The old rule is that the more expensive a game is to play, the less popular it becomes.

Very rare to find, these slots allow winnings on vertical combinations too. The symbols on these games can move up and down from one reel to the next. Hypothetically, this opens up the possibility of winning across three different directions at once, offering the player a maximum number of winning combinations.

Progressive slots rely on the contributions from each player and draw on a percentage of the money being wagered by players towards a single jackpot. Hitting a progressive jackpot can generate a prize that often exceeds millions of Canadian dollars.

To qualify for the jackpot, a player must play the maximum bet. These games usually have five reels and cost more to play than their non-progressive counterparts, although the winning potential is much greater.

Most slot players tend to be picky when it comes to bonuses and avoid non-bonus machines. A bonus round is usually activated when three or more wild symbols align. Bonus rounds are often theme-related and follow the storyline of the slot game. Bonus rounds not only offer extra cash winnings but also allow the player to score free rounds.

The Future of Online Slots

Innovation and technological advancement are shifting existing norms and standards, and the online slots industry has not been left outside this evolutionary loop. 3D games have made a debut recently, with software developers like BetSoft creating cinematic slots, allowing the player to enter a game and follow its storyline fully. The player encounters animations, bonus features and sounds along his quest to win the jackpot.

Likewise, additional types of slots that are gathering momentum include virtual reality slots games. While Microgaming has been offering virtual reality roulette for some time, casinos such as VR Casino have entered this marketplace with online slot games.

Drawing the attention of real money slot players does not depend only on the number of different games offered by an online casino. Of course, the more games, the merrier, but the variety of slots on offer is an even more critical variable.

In short, those online casinos offering their players various types of slots will end up with a loyal customer base. This is because players prefer to be offered a choice of how steep their gambling curve should ultimately be.