Saskatchewan Welcomes Back the Return of Horse Racing 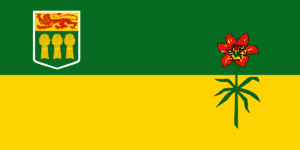 After almost eight years of no horse racing, fans and horsepeople were excited to hear the news that harness competitions will be returning to Saskatchewan.

It’s been a long eight years since horseracing fans saw the last harness competition take place in Saskatchewan.  Now, after a long wait, the announcement has come as a breath of fresh air for the industry, especially following the recent announcement of the impending shutdown of the Marquis Downs racetrack in Saskatoon.

Marquis Downs last hosted a harness race back in 2010, with the track unable to accommodate both breed races ever since, due to financial constraints.  According to Trevor Williams, the Manitoba Standardbred Racing Industry president, there have been discussions between the racecourse and the Manitoba Harness Horsemen about a potential competition return.

As a result of the cancelled thoroughbred season, the venue is considering a ten-day stand in Saskatoon to offer trainers and jockeys an additional five weeks of racing.  The resumption of the season is expected following the end of Manitoba’s summer circuit.  With the transition to a soccer stadium at Marquis Downs scheduled to commence in 2022, this will give horsepeople an additional few weeks to make use of the venue.

According to Williams, the plan is to host Saturday and Sunday races over five weeks, adding up to ten racing days.  However, ten races a day seems unrealistic, so the course will aim towards seven daily events, each averaging a purse of CA$2,500.  The organisers expect that the events will also generate interest from neighbouring stables.

Currently, there remain several details that need to be still ironed out, including staffing and wager issues.  Williams remains confident that the track will regain some of its former glory with these events and bring the locals some joy before the final closure.

The news about the horseracing track transforming into a stadium has not been received lightly by local horsepeople. A resident trainer, Anita Gardipy, was one of the first to voice her dissatisfaction with the project, claiming the entire plan to be a “real gut-punch”.  Nevertheless, Gardipy says that the decision is not surprising since the park’s indifference to help the struggling industry was bound to lead to this.