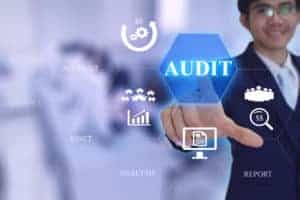 Ontario Auditor-General has released a report, highlighting operational shortcomings of the Alcohol and Gaming Commission of Ontario.

The Liberal government of prime minister Justin Trudeau has introduced new legislation that would revoke the current ban in Canada’s Criminal Code that prohibits single-game sports betting in Canada and only allows parlay bets.

Additionally, the Conservative administration in Ontario has rekindled its interests in iGaming, which could potentially swing the doors open for online casinos.  The ultimate goal is to have a competitive online sports bets market in the not-too-distant future.

In December, the office of the Ontario Auditor General released a report on various provincial bodies.  Its analysis of the Alcohol and Gaming Commission of Ontario (AGCO) has raised a few questions.  Although the audit is not expected to interfere with previously announced plans, it pinpoints certain shortcomings that should be addressed before any large-scale iGaming rollout occurs.

What is the Alcohol and Gaming Commission of Ontario?

AGCO is Ontario’s regulator of all alcohol, horseracing, gambling and cannabis sectors, managing over 78,000 licenses.  The regulated areas generate a large amount of revenue for the province.  The report filed by the Auditor General has identified issues relating to the gambling and horseracing market segments.

A key concern raised was that AGCO does not clearly define why specific establishments are chosen for inspection.  Furthermore, the same inspectors were reported to inspect the same facilities repeatedly.  According to the report: “The risk of not rotating compliance officials and horse-racing judges is that their independence and judgment may be compromised by long-term relationships with licensees.”.

The report also touched on money-laundering at casinos, with the number of suspicious transactions on the rise, and very few of these resulting in criminal charges.  It was reported in the findings that a large number of patrons were permitted to wager significant sums of money without having to justify the source of their funds.

Even after individuals were identified, the investigators usually only conducted a criminal check, with no further scrutinising.

The Auditor-General’s report documented that in 2015 alone, over 2,200 unregulated online gambling websites were accessible to Ontarians.  Furthermore, over 700 different providers ran these websites.  The agency outlined several actions aimed at limiting the unregulated market.

Suppliers of unregulated services were targeted, blocking payments and running public awareness campaigns, but no action was taken to curb the public access to unregulated providers.  According to the Auditor General’s report, the Agency conferred with the New Jersey regulatory bodies on the best practices to battle the unregulated market.

Possibly the most pertinent point raised in the Auditor General’s report was the concern that an AGCO subsidiary would be in charge of overseeing the iGaming industry.  According to the report: “[T]he government approved a plan to establish a subsidiary corporation of the AGCO to be responsible for the new role of conducting and managing internet gaming. Although there are examples in other provinces of regulators also operating gaming activity, this does create a potential conflict of interest.”.

The report further stated that these functions are currently separated, with the Ontario Lottery and Gaming Commission serving as the operator and AGCO as the regulator.  The report advised that it would be prudent that different entities, and not regulator subsidiaries, manage these functions.

AGCO has responded favourably to the Ontario Auditor General’s report and is moving ahead with implementing and incorporating the suggestions.  AGCO has further reiterated that weeding out money laundering and other illegal activities at casino venues remains a top priority.  The Commission will boost its existing law-enforcement links and eliminate reporting blind sports that allow suspicious transactions to slip through the cracks.

What Does the Report Mean for Canadian Online Gambling and Sports Betting?

Although the report carries much weight in the industry, it is unlikely that it will significantly impact the current legislative debates relating to single-game sports betting in Canada.  However, the identified deficiencies will likely need to be resolved before the launch of the expanded sports betting repertoire.

Ultimately, the logical next step would be the provision of a comprehensive regulated alternative. However, the report stops short of this type of endorsement.