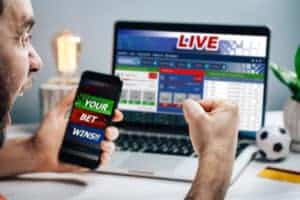 December marked a momentous month in the world of Canadian sports wagering, with single-game sports betting becoming all but a done deal, thus further diversifying the long-enforced parlay betting style and other largely unregulated alternatives.

The announcement of the new government bill on the legalisation of single-game sports betting in Canada in December, which has been expected for a very long time, did not come as a total surprise.

The single-game sports betting bill marks a departure from Canada’s long-entrenched ban on one-game wagers, which will open up opportunities for all involved within the sports betting industry.

Why a Ban on Single-Game Betting in Canada?

According to Section 202 of the Criminal Code of Canada, the law forbids single-game sports betting, even though Section 204 of the same Code makes provision for parlay-style bets, which have become very popular in Canada.

The Time for Change has Arrived

Canada last amended its gaming laws back in 1985.  Since then, the adoption of single-game sports betting has been high on provincial agendas, with Ontario pushing aggressively for associated legislation to be passed.

On the other hand, major US sports leagues vehemently opposed the ban’s revocation, effectively killing bill C-290, which came close to be passed in 2012.  However, the current bill finally got its break following Federal Justice Minister David Lametti’s legislation amendments that aligned the government position regarding the legalisation of single-game sports betting.

Is Single-Game Sports Betting a Gamechanger?

The rationale behind allowing single-game sports betting is that it is seen as a welcome potential boost for provincial economies.  For example, the casino industry in Windsor, Ontario, which straddles the US border, has been a catalyst for regional politicians backing the promulgation initiatives for a long time.

The urgency became even more apparent when Detroit legalised sports betting in Michigan.  Ultimately, the success of single-game sports bets will largely depend on the market conditions.  It is expected that the majority of the jurisdictions will see many benefits come with the rollout, even though some areas might have to deal with impediments that could impact revenue growth in such places.

Ontario’s most recent budget has made provision for private entities to include sports betting under their umbrella.  The move would see all iGaming operations fall under the local Alcohol and Gaming Commission jurisdiction, which manages, amongst others, horse racing and cannabis stores.

Ontario has seen a dip in revenue, with its budget deficit spiralling to over CA$38 billion in 2020 alone, resulting from the COVID-19 pandemic.  The onus now remains on the Ford government to follow through on this aspect of the provincial budget.

Even without an outright free-market model, there is still room for private participation.  Historically, Ontario already tested this type of a model through a joint venture with Caesars World, although the province did maintain ownership of the entity.  A similar deal remains on the cards for sports-betting services, should the provinces depart from the current sports branding, such as Sports Action, Atlantic Canada and Proline.

Another crucial area to consider is the expansion of mobile betting.  Some provinces still forbid placing parlay bets online, even though British Columbia and Quebec permit online wagering via lottery websites.

Change is Here at Last for Canadian Sports Betting

After decades of frustration, Canada is poised to finally cross the single-game betting bridge.  The new legislation will ultimately give Canada a competitive advantage, especially in the border regions.  However, the question remains what this betting style will eventually look like when it finally arrives.