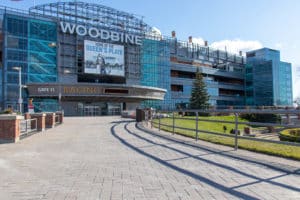 Woodbine Entertainment has planned jampacked autumn and is inviting as many spectators to come and be part of the thrill.

Ontario’s horseracing enthusiasts have been waiting patiently for the official start of races in their province.  Coming to their aid, Woodbine Entertainment has recently reactivated its hugely successful Racing Night Live horseracing series, welcoming back live broadcasts each Friday.

During the summer months, both Woodbine Racetrack and Woodbine Mohawk were broadcasting their live events to the broader audiences, since spectators were not allowed at the racetracks.  Keeping up with the safety requirements, all interested individuals can continue to place their bets from the comfort of their homes while following the action via a live stream on TSN, each Friday at 7 pm.

The first live event was screened on 16 October and featured a two-hour spectacle of three thoroughbred races, broadcast directly from Woodbine racetrack in Toronto.  On the same day, three standardbred races took place at the Woodbine Mohawk Park in Milton.

Friday evening events are also jampacked with entertainment, in the form of live performances and concerts.  According to Jim Lawson, CEO of Woodbine Entertainment, this is in order to attract an even broader audience to their horseracing events.  Woodbine Entertainment’s Jason Portuondo and TSN’s Laura Diakun are hosting the live shows, whereas Brodie Lawson and Chad Rozema are reporting straight from the racetracks.

All live event wagers are now mobile friendly and can be placed via the Dark Horse app.