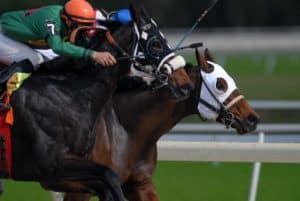 Woodbine Entertainment has been doing everything in its power to get permission to host live thoroughbred races during the final part of the year.

Woodbine Entertainment is sticking to its goal of completing its 2020 live meet season.  The racing leader is continuing its discussions with the government of Ontario regarding the safe execution of the remainder of this season’s live racing.  Last week saw an announcement that Woodbine Racetrack has to cut short its schedule and postpone all live racing until 13 December the earliest.

Due to the latest health recommendations coming from the provincial lawmakers, Woodbine Racetrack has slashed its current racing season short, with the last scheduled racing event having taken place on 22 November.  The latest lockdown imposed on the Toronto and Peel regions includes a shutdown of all racecourses in the two affected areas, as well as service providers such as hairdressers and gyms.

The new measures came into effect on the 23 November, prompting Woodbine Racecourse to suspend all of its scheduled racing activities past that date.  However, there is a glimmer of hope that some races could still take place before 13 December, with the racecourse holding talks with the provincial authorities regarding the matter.

Jobs on the Line as Lockdown Takes its Toll

With negotiations between the two parties still in full swing, Woodbine Racecourse said that it would notify the public about the progress and final decision on the matter.  Should the government greenlight its proposal, Woodbine Entertainment plans to reschedule all cancelled events that were scheduled to take place over the upcoming week.

According to Lawson, Ontario plans to offer some support to the local horse people, whose livelihoods were heavily interrupted this year.  Over 1,300 people working on the racetracks have lost their jobs since mid-March due to the ongoing pandemic.  The current situation is expected to negatively impact close to 2,000 horse people relying on Woodbine Racetrack for their employment and income.