Why is Gambling Often Associated with Crime and the Underground? 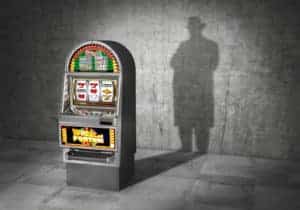 While for most of us gambling is a fun pastime and a great way to let off some steam, there is an unspoken belief that all casinos are associated with crime and criminal gangs.

Gambling can be loads of fun when done sensibly, although, like with any other vice, it can lead to financial ruin if you don’t gamble responsibly.  The risk forms part of the thrill, which attracts so many people to the gambling tables regularly.

However, there is a perception that the entire gambling industry is somehow associated with the criminal milieu.  While casinos are not immune to underhanded activities and have been known for instances of money laundering, this generalisation cannot be applied across the entire industry.

But how did this association come about, and what is the history of crime and gambling?

The mafia came to dominate the American underworld during the days of the prohibition.  In the 1920s, the mob amassed tons of cash, selling bootlegged booze to the thirsty public.  However, when the ban ended, the mobsters had to find an alternative source of income.  Luckily for them, Nevada legalised gambling in the 1930s, and the mafia seized the opportunity.

A Jewish mobster, Bugsy Siegel, opened the first mob casino in Las Vegas, the infamous Flamingo, sinking millions of laundered dollars into the establishment.  As construction expanded, new union jobs were made available, and some of the unions developed strong ties to the mafia.  The exuberant costs of building luxury hotels in the middle of a dessert provided a perfect funnel for unsolicited cash flowing into Las Vegas.

Siegel unceremoniously met his end in a hail of bullets, but the seeds for a giant cash crop grown out of laundered money in the middle of the Nevada desert was sawn.  Even though the authorities later forced the mob out of Vegas, the city’s image as an outlaw oasis has persisted.

When the authorities caught the whiff of the mobster activity, they tightened the laws.  It became impossible to use large sums of cash for purchases without having to answer a few questions.  Of course, casinos were perfect money-laundering facilities, where vast sums of money could be stocked up inconspicuously and illegal cash hidden.

By investing in a casino, the mob could use a legitimate frontman to stuff vast sums of money into a gambling house and then withdraw it under the casino’s company name, thus laundering the dirty money.

However, in the 1970s, the US Congress passed the Racketeer Influenced and Corrupt Organizations (RICO) Act, which gave the law enforcers the teeth to bite the mobsters where it hurts the most. By following a money trail, the federal agents now needed only to prove a link between an organised crime group and a legitimate business, and a case could be made.  As a result, more mob men were going down in court than under a hail of bullets.

Current Perception of Gambling and Crime

Many people who oppose gambling claim that the mere existence of wagering is a strong enough generator of criminality and also leads to a rise in problem gambling.  However, studies have shown that the percentage of individuals with a gambling problem is deficient and equates to between two and five per cent.

There are also conservative and fundamentalist groups that view gambling as a deadly sin and don’t shy away from using force against the gambling industry.  However, contrary to these beliefs, casinos generate thousands of jobs and billions in state revenue.  With crime always being higher in areas with high unemployment, casinos provide opportunities to both individuals and communities.

Ultimately, just like it’s up to you whether you wish to drink, smoke or engage in hazardous pursuits, gambling should be left as a personal choice.  Anything with a thrill factor comes with risk, and feelings of risk-taking always come with exhilaration.

Naturally, a small percentage of individuals will be consumed by the risk, just as there’ll always be the possibility of gambling establishments harbouring criminal elements. But there will always be regulations in place to act as a buffer against crime.