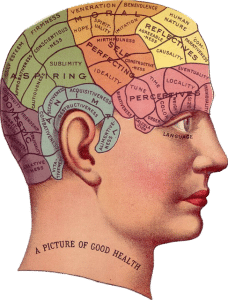 With such an abundance of gamblers and ways of gambling around the world, it is no surprise that some weird and wonderful gambling happened over the years.

Gamblers make up one helluva large group of people worldwide.  It is estimated that over half of all people on earth gamble at least once a year and another 1,6 billion gamble regularly.  While most of those who gamble approach their favourite pastime with a level of seriousness for their cash and their wagers, some are more willing to do anything to win a bet.

Betting annals have recorded some unorthodox wagers that can easily be classified as the weirdest gambling bets ever.  The results of these have often sprung unexpected and undesirable outcomes for the winner (or the loser).  Nonetheless, most of them did evoke a giggle or two from the unsuspecting spectators.

Here’s our list of some of the all-time weirdest gambling bets ever recorded:

Doris Tillier, an aspiring 27-year old French weather presenter, took a gamble of her life when she promised her spectators that she would bear it all in front of the cameras, should the French national team qualify for the 2014 World Cup in Brazil.  To her dismay, or possibly excitement, France won the day in their electrifying 2-0 qualifying win against Ukraine.

Not surprisingly, the weather report that Miss Tillier did shortly after that was pretty outlandish.  As a first for France’s Canal+ TV network, she bared it all and went for gold, to the delight of millions of hotblooded men across the country.

A Russian man, Andrei Karpov, ran out of money during an intense game of poker against his opponent Sergei Brodov.  However, with a strong desire to continue the game, he wagered what he had left, starting with his luxury car and moving on to his glitzy Rolex.  When all was gambled away, Andrei took the ultimate step and wagered away his wife.

Regretfully for him, he lost that game too.  Unexpectedly, to Andrei’s utter horror, his wife Tatiana agreed to the transaction, divorcing him shortly after that and marrying Sergei.  When asked about how she felt, Tatiana commented that a man who can gamble away his own wife is not good enough for her and that she is much happier now with Sergei.

Alcohol and gambling are often a lousy combo and can lead to disaster.  A testament to that is a 22-year-old New Zealander, who after losing an intoxicated bet at a poker game is now known as “Full Metal Havok More Sexy N Intelligent Than Spock And All The Other Superheroes Combined With Frostnova”.

The cost of losing was changing his name in official documents and, due to his imbibed state, his new name took a turn for the worse.  Luckily, the name is still within a 100-character limit, although Mr Frostnova should not name his kids after him.

Brian Zembic of Toronto entered into a wager with his best friend that if he got breast implants and wore them for a year, he would get US$100,000.  Zembic did agree, and a contract was drawn up, with money deposited into a third-party account.  The procedure was done for free by a plastic surgeon and a fellow gambler who owed money to Zembic and wanted to wipe off the debt.

In the end, Zembic walked away with a busty 38C implants, and once the year was up, his winnings were transferred into his bank account.  Weirdly enough, Zembic decided to keep the implants.  Perhaps he simply enjoys his alter persona?

It’s All or Nothing at All

In 2004, a UK resident, Ashley Revell, parted way with all that he owned.  He sold his belongings and cashed out his savings to the tune of US$135,000.  Agreeing to participate in the show Double or Nothing, Revell made his way to Las Vegas and placed the value of his entire earthly possessions onto a roulette red colour.

To his immense relief, the ball landed in a red pocket, doubling his fortune.  After tipping the croupier with a sizeable US$600 tip, he made his way back to England where he used his newly won proceeds to start up an internet poker site.

While these are not all of the weirdest gambling bets that ever took place, they are some of the more entertaining ones.  From naked runs to strange tattoos and crazy dares, people become brave, and often desperate, to win some cash.  In the end, All we can say is always have fun but gamble responsibly.