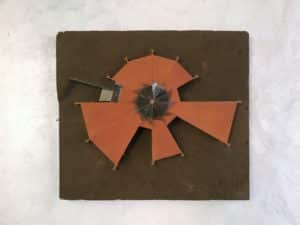 Las Vegas is peppered with over-the-top architecture, featuring some of the most impressive casinos in the world.  Yet, some gaudy architectural plans never left the drawing board, reminding us today of what could have been.

Over 300 years ago, Spanish explorers passed through an oasis in the Mojave Desert that abounded with natural artesian springs. They named this desert refuge Las Vegas, or ‘The Meadows’, and it later became a popular watering hole for thirsty travellers and their horses heading to Utah and California.

Today, Las Vegas is a perfect amalgamation of ostentatious wealth and a flashy display of theatrical casino architecture.  Every casino in Las Vegas was designed in such a way to captivate the passers-by with its outlandish grandiosity and to draw them into a cocoon of cash spending.

With its array of pyramids, castles and replicas of far-flung destinations, no idea seems too eccentric or weird for Vegas.  But what about casino plans that were deemed too unconventional even for Las Vegas standards?  Depending on your viewpoint, these scrapped projects were either seen as too bold for their time or simply too crazy to be feasible.

Here are the top Las Vegas casino resorts that never saw the light of day:

Taking the most infamous sea disaster in the world and trying to replicate it in a dessert might seem a bit odd.  And all this slap bang in the middle of the Strip!  The Titanic Casino was a US$1,2 billion project that included a 400-foot-long replica of the Titanic, as well as over a thousand hotel rooms inside an iceberg-shaped building and a giant nightclub called the “The Icebreaker”.  The plan was deemed a disaster from the get-go, and the idea was scuffled by the Las Vegas city council before it could set off on its maiden voyage.

Las Vegas is already home to Rome, Paris, New York and Venice, so it seems fitting to add London to the mix.  A group of bold casino entrepreneurs pitched the idea of London Casino & Resort, with replicas of the Tower Bridge, Big Ben and the London Eye, as well as Harrod’s department store and Piccadilly Circus.  In the end, the idea was scrapped, and many blame the national dishes on offer, like spotted dick, blood pudding and toad in the hole, as the reasons why tourists would be rushing off to Caesars for a buffet instead.

Long before the 80s large-scale casinos in Vegas were the thing, there existed an idea of the first mega-resort on the Strip.  In the 1970s, a US$150-million casino resort named Xanadu was in the pipeline.  However, it was literally in the pipeline where the entire project got clogged up.  The sewage system in Las Vegas in the 1970s was simply not able to handle thousands of flushing toilets at a time, so the entire project went down the drain.

It seems that any desert should have its desert kingdom.  To make this a reality, Sheraton purchased the old Desert Inn in 1993, planning to preserve the iconic casino by surrounding it with a massive new ball-themed resort featuring waterfalls, stone idols and huts.  The sprawling complex would have also included a river, a lagoon and a theme park.  Sadly, the plan got nixed, and today the proposed development area has been turned into a golf course.

Actor Max Bear, who played Jethro in the popular Beverley Hillbillies TV show, decided that Las Vegas needed a casino resort with all the trappings of the show.  The resort planned to feature the Beverley Hillbillies mansion, granny’s shotgun wedding chapel, brass beer bottle door handles and a giant oil derrick, to name but a few.  Regretfully, the idea did not meet the local bigshots’ approval, so Bear took his vision and pitched it in Reno and further afield.

No matter how expensive, great, or carefully planned an idea might seem, there’s always a chance that something might go wrong.  In the case of these doomed Las Vegas casino projects, the cards simply did not stack up.  But Sin City keeps on evolving, and it’s anyone’s guess what will crop up on top of the next casino that is facing an implosion.