Top 7 Gamblers Who Had Run-ins with the Law 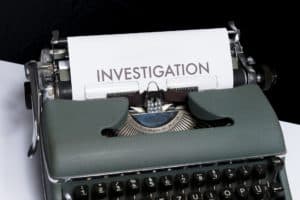 Gamblers can sometimes be a dubious bunch of people, and many have had run-ins with the law, be it for alleged match-fixing, robberies, murders or even bomb-making.

While most of us are honest people who enjoy wagering for fun, there is a small minority of gamblers who, as a result of their underhanded activities, end up on the wrong side of the law.  Here is the list of some of the most infamous gamblers who ended up behind bars for their criminal acts:

Dragan Kostić, a Macedonian poker player, is famous for plying his trade across various European poker pro-circuits.  He eventually did strike it rich by snatching the runner-up prize of €532,000 at the EPT Barcelona main event.

Expectedly, Kostić was required to cough up some hefty taxes on his winnings, but he didn’t mention these in his returns.  In the end, the Spanish taxman swooped, and Kostić was, despite an appeal, “rewarded” with an 18-month jail sentence, as well as a hefty financial penalty.

Matusow is a poker player with an impressive pedigree, having won the World Series of Poker bracelet four times, as well as the WSOP Tournament of Champions crown in 2005.  Nicknamed “the mouth” due to his trashy language used during matches, Matusow became even more famous for dealing in drugs.  Matusow reportedly sold an undercover police officer ecstasy and painkillers, which landed him with a six-month jail sentence in 2004.

Known to as the “king of Instagram”, Bilzerian never shied away from social media.  There, he would regularly post images of his high-stake gambling lifestyle, celebrity friendships, fascination with firearms, and dangerous stunts, for his 32 million followers.

Bilzerian also gained notoriety for bashing a female model during a nightclub brawl and breaking another model’s foot by throwing her off the roof of a magazine photoshoot.  However, the one transgression that finally got him behind bars was an arrest for the possession of explosives.  Bilzerian ended up spending a day in custody and paid a hefty fine to settle the issue.

Tony O’Reilly was just a regular guy, working as a post office manager in county Wexford, in Ireland.  It is during this time that developed a severe gambling addiction. In 2011, it was revealed that O’Reilly stole more than €1,75 million from the post office, to feed his uncontrollable addiction and cover his debt.

After getting caught, O’Reilly was sentenced to three years in prison, although he only served 18 months.  In the end, he wrote a book about his experience and is now a recovering addict.

Dan Tan was a high roller and businessman from Singapore, best remembered for his involvement in masterminding the soccer match-fixing scandal in Italy, known as “calcio scommese”.

In 2011, Italian soccer players Christiano Doni and Giuseppe Signori were implicated in a match-fixing ring, of which Tan was the kingpin.  After further reinvestigation, it emerged that Tan had fixed over 150 matches across Europe and Nigeria. As a result, Tan spent six years in jail and was released in 2019.

Jepsen is a Danish poker player, who previously served in the military police.  In 2007, he won the European Poker Tour, winning US$415,000, and the following year he cashed in an additional half a million dollars in the biggest prize world record in online poker.

In 2019, Jepsen was sentenced to four years in prison for allegedly hacking other poker players’ laptops while at international events.  Like this, Jepsen was able to steal money from his opponents’ online accounts, the total of which is estimated at US$3,5 million.

Scherer was a US poker pro and had amassed US$313,000 in prize money between 2006 and 2007.  However, in 2011, Scherer was convicted of killing both his parents.  The murder was staged to look like a burglary, but Scherer was actually after money and an early inheritance. In the end, Scherer received two consecutive life sentences for this gruesome murder.

While we all pursue gambling for fun with no ill intentions, there are always those rotten apples that stick out from the crowd.  To guarantee you have a stress-free experience each time that you gamble, remember to stay within the law because if you don’t, you will eventually get caught.