Top 5 Worst Trash-Talking Players in the Game of Poker 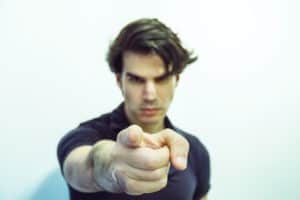 Using your skill and prowess at poker is one of the best ways to triumph at the game, although some players employ unorthodox techniques, such as general behaviour and trash-talking, to stand out above the rest.

In poker, a sure way to become recognised is by posting excellent results in games and tournaments.  However, there is a small group of players who stick out due to their behaviour at the table, which often leaves much to be desired.

Although most of these players are not low on skill, their behaviour at the poker table is just plain ugly.  Whether it relates to lack of respect for other players, continuous whining or public outbursts, these guys are not at the top of our favourites list for winning any contests.

Tony G is famous for blasting other players at the table, and his tirades get even cruder once he starts losing.  Although G seldomly berates a rookie, he doesn’t hold back when launching into professional players.  For Tony, anything goes around a table, and his expertise is verbal abuse.

This includes calling people names and publicly shaming them, which makes for great TV but is not that nice for players on the receiving end.  If you believe that poker is a gentlemen’s game which relies on skill and wit, then you will probably have a problem with Tony G and his antics.

Everyone who follows live poker TV duels probably suspected that Phil Hellmuth’s name would make the cut.  He is, by all means, one of the most skilled players out there, but Hellmuth struggles to shut up about his talents.

Whether he loses a hand against an amateur or a seasoned pro, Hellmuth will dive into a rant of how he is the best and how everyone else just happens to be lucky against him.  One of his favourite sayings is: “If there weren’t luck involved, I would win every time”, which shows his level of overconfidence at the table.

Poker has been very generous to Jamie Gold, ever since he pocketed US$10 million at a WSOP Main Event back in 2006.  Although a tremendous achievement, the poker world put this accolade down to luck, since Jamie was just a casual player at the time.

However, Gold is adamant that his mastery of speech play and bluffing won him that prize.  Each of his hands is known to end up in long-winded monologues, which other players have to sit patiently through.  And his prize winnings since his big one of only US600,000 in total, put his claim as the world’s best bluffer in doubt.

Will Kassouf, a solicitor and a part-time poker player, gained fame during the World Series of Poker 2016 tournament, because of his antics.  Not a single hand passed by without Kassouf’s commentary, with which he tried to provoke other players and make them disclose any valuable information.

It all ended up in long-drawn-out rants, that were often borderline offensive and outright annoying.  In the end, most of his opponents accused him of deliberately slowing down the action without any strategic forethought, while the public remains divided over his approach.

Scotty Nguyen is an old-school poker player, with five WSOP bracelets under his belt and over US$12 million in tournament winnings.  At most times, Nguyen is a chilled and funny guy at the table, although this is not always the case.  One thing that’s sure is, the more Scotty drinks, the more he tends to slip out of control.

His worst episode was at the 2008 WSOP HORSE event, where he was downing one beer after the next, and the more he drank, the more he became obnoxious.  Although he ended up winning the tournament, the incident caused many loyal fans to lose their respect for the player.

Scoring a big win in poker doesn’t only involve skill but also depends on interpersonal qualities.  However, when the interaction becomes crude and unpleasant, it leaves a bad taste in everyone’s mouth.  For us, trash-talking is a big no-no and should be kept to a minimum at all times.