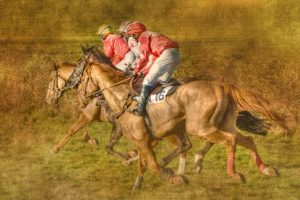 Due to the ongoing uncertainty surrounding the coronavirus pandemic, Vernon and Tioga Downs racecourses are facing uncertain times and have had to curtail some of their regular spectator events.

According to a recent statement by Jeff Gural, the owner of both establishments, the money required to operate the two racetracks has now dried up and the racing season will need to be cut short by latest mid-September.

The gaming revenue has been one of the critical engines of the entire New York horseracing industry, with casinos that often exist side by side with racetracks, supporting the industry for years.  Now, with the existing restrictions in place that have either shut down gambling venues or have curtailed the number of people that can enter, the racecourses are feeling the pinch.

Racecourse Funds have Dried Up

Purse money refers to the funds that racecourses rely on to operate unhinderedly.  This means that this funding, which has primarily been coming from Tioga Downs Casino and Vernon Downs Casino in the past, is no longer available.  With both venues closed since March, the toll on the horseracing purses has been immense.

According to Gural, both racecourses will need to conclude their season by 13 September, as they won’t be funded after that.  The curtailment of the remainder of the 2020 season has been seen as the only way out of the current situation, with the hope of a full resumption in 2021.

The suspension will only marginally affect Tioga Downs, with their season scheduled to draw to a close on 19 September.  However, Vernon Downs will experience a more significant impact since they were expected to host their last race only on 7 November.

As it stands, no set date has been announced by the government regarding the elimination of all the current restrictions.  As a result, both casinos are awaiting the mandatory nod from the authorities to jumpstart their operations.

In anticipation of the lockdown in March, both Vernon Downs and Tioga Downs were planning to host three days of live races each week.  That later fell to two weekly events, although further viability of hosting became non-existent once the hard lockdowns ensued.

As a grand dénouement before it shuts its doors for the season, Tioga Downs will be hosting the much-anticipated finale of the Excelsior Series.  Sadly, the longer the racecourses remain closed after that, the more challenging the 2021 live racing season is going to be.