The Largest Wins Ever Recorded While Playing Blackjack 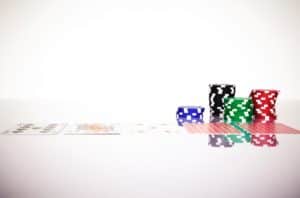 Blackjack is both fun and a great way to win some bucks.  While the game relies on a certain level of skill, a few players were lucky enough to walk away with the largest wins ever recorded while playing blackjack.

The annals of blackjack history have recorded many big wins.  It is, by far, one of the easiest casino games to master and pretty much every gambler had tried out a punt or two at the blackjack table.  A selected few were fortunate enough to have struck gold and won more than could be imagined.

Here’s our list of the top three most noteworthy wins recorded from playing blackjack:

Don Johnson has, during a relatively short six-month span, trumped some of the most renowned blackjack supremos.  Johnson started his blackjack career in 2011 and, contrary to popular belief, did not employ card counting as his strategy.  Instead, Johnson negotiated his very own special rules with each casino that he visited.

He only frequented those casinos that had a good set of house rules, an optimal number of decks at blackjack tables and would allow him to split a good hand into four separate hands.  Johnson also looked for dealers that stopped drawing at 17 and always doubled his bets when an opportunity arose.

Johnson’s unique strategy allowed him to take home a whopping US$15 million over a period of half a year.  While no casino ever could prove that Johnson used any underhanded techniques to score his wins, the majority of gambling houses in Atlantic City and Las Vegas no longer welcome him.  Additionally, none of the casinos where Johnson experienced his lucky wins allow players to make special rule changes anymore.

MIT Goes on a Spree

The MIT Blackjack Team was made up of a group of students and ex-students from the Massachusetts Institute of Technology, Harvard University, who used card counting techniques and more sophisticated strategies to beat casinos at blackjack worldwide.

From 1979 until the early years of the 21st century, the MIT team, led by Bill Kaplan, used complex strategies and card counting techniques to score big at various casinos globally.  At one stage, the situation got so bad for the casinos, that they employed special investigators to try and figure out who the latest MIT team members were.

These blackjack supremos managed to scoop together millions of dollars in their time and are today hugely famous for their exploits.  Since their techniques were dangling in a grey area between what is seen as legal and what could potentially be unlawful, the majority of casinos were unsure how to deal with the situation.  As a result, many casinos introduced electronic card shuffling, in an attempt to thwart the gang’s card counting techniques.

Although today it is assumed that the majority of the MIT members have disbanded, it would come as no surprise that some are still up to their old tricks.

The story of the shoeless man has become the stuff of legend.  Although his name remains unknown, the records show that he walked shoeless into the Treasure Island Casino in Minnesota back in 1995, after being dumped by his wife due to lack of personal hygiene.

Once inside, the man proceeded to cash in his social security cheque of US$300 and then headed off to the nearest blackjack table.  There, the heartbroken gambler completely disregarded standard blackjack rules and strategies, often splitting when he shouldn’t and making risky doubling moves.

Amazingly, in a matter of a few hours, the shoeless man amassed a small fortune of US$1,5 million, potentially being at the threshold of a lifechanging experience.  Sadly, instead of quitting when he was peaking with his winnings, our big winner soon became a big loser, gambling away the lot by staying on.

No matter if you play blackjack for fun or are a high roller, the game comes with a lot of potential for big wins.  By combining your skills with luck, and knowing when to stop, you could, too, become the next big blackjack millionaire!