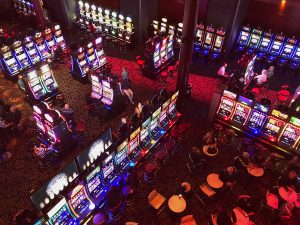 The Great Canadian Gaming Corporation is set to relaunch in-person gambling across its gaming halls and casino venues in Ontario and Nova Scotia.

The Great Canadian Gaming Corporation released an update last week dealing with the status of the 25 gaming venues that it manages and shed some light on the provinces that will see casino relaunches this month.

Due to the COVID-19 pandemic, the casino operator was forced to shut down all of its casinos, which have remained closed for close to six months.  The new sanitary protocols that were implemented recently will see a greater focus on the safety of both patrons and employees.

The Great Canadian Gaming Corporation has set 28 September as the official date for the relaunch of its Ontario operations.  On that day, 11 venues managed by the operator in the province will open their doors to the public, simultaneously adhering to the 50 people maximum limit that was imposed by the authorities.

As it stands, the moratorium on table gaming will remain in place, with this restriction to be reviewed in line with future provincial government directives.

Similarly, New Brunswick will also reactivate its gambling activities on the same day, with the reintroduction of in-person gambling.  Casinos in the province will be allowed to operate at 25% capacity, to protect everyone and promote social distancing.

The corporation’s New Brunswick casinos will only have half of their slot machines activated to help maintain a safe distance between patrons.  Here, too, table games will remain unavailable, with the Great Canadian Gaming Corporation working closely with the Nova Scotia Gaming Corporation to synchronise future reactivations.  Under the current relaunch plan, the corporation will open two of its Nova Scotia casino venues.

On the other side of the country, casinos in British Columbia will remain closed for the time being.  The local land-based casinos are still awaiting the go-ahead from the provincial government on when in-person gambling will be allowed in the province again.

Rod Baker, the Chief Executive Officer of the Great Canadian Gaming Corporation, expressed his delight regarding the reopening of the company’s operations in Nova Scotia and Ontario at the end of this month.  Baker also noted that the corporation has factored in lack of income coming from its Ontario venues, at least until the fourth stage of the reactivation plan has been put in place.