The Difference Between American and European Roulette 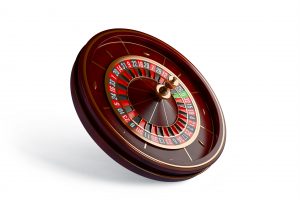 At first glance, roulette might appear like a relatively straightforward game, although there are notable differences between the American and European versions of the game.

Roulette’s straightforwardness hasn’t prevented casinos and gamblers alike to develop different variations of the game.  Online casinos lead the way with their offerings of games such as speed, live casino, classic and 3D roulettes.

However, the two most popular subcategories of the game remain the American and the European roulettes.

The numerical wheel order on each version differs with, for example, the American wheel having number 24 between three and 36, while on its European counterpart 24 is located between five and 16.  Either way, the order of numbers has no bearing on the outcome of any particular game.

Both American and European roulettes feature the green zero slot, which pays only on wagers that are placed on it.  Additionally, American roulette has a second zero slot – the double zero, which functions in the same way that the zero slot does.

An Extra Number that Decreases the Odds

Adding the double zero to the circle means that your odds of winning by betting on a specific number decrease.  As an example, the probability of winning a black/red bet using a European wheel is 48,65%.  When the same bet is played on the American wheel, those odds drop to 47,37%.  Similarly, the odds of hitting a number bet on the European wheel is 2,7%, while on the American wheel this drops to 2,63%.

Overall, the American wheel offers both worse odds and worse payout rate, equating to your chances of success being notably reduced and your risk being increased.  Though this difference does appear insignificant, its effect can be considerable when applied over several wagers.  As a matter of fact, the house edge almost doubles for casinos that use the American wheel.

The Verdict: American or European Roulette?

Unless the casino itself offers better payouts for those who play American roulette, the European wheel is your safest bet.  Your odds of winning are much higher, and your overall risk factor is far less than on the alternative version.  Surprisingly, a large number of people continue to be unaware of, or don’t understand, the main differences between the two versions.  Using this information, we hope that your next roulette selection will be far easier than before.