Should Canadian casinos allow players to lose too much money? 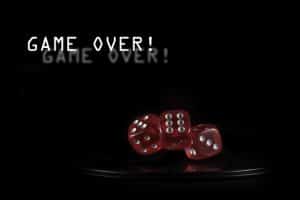 Canada is home to one of the largest and most profitable casino industries in the world.  With in-house casinos spread across the country and online casinos accessible to a large number of people, many Canadians enjoy gambling as one of their favourite pastimes.  With more and more Canadians taking up gambling and online gambling, the chances of both big wins and significant losses become a reality.  While all casinos operate under the premise that their winnings should always overshadow their losses, all player interaction boils down to the intention of winning.  This sometimes can become problematic, when in pursuit of their next big win, many players get carried away and spend more than they should.

Recently, a popular Canadian casino was sued by one of its regulars for allowing him to lose hundreds of thousands of dollars.  As the first case of its kind in Canada, it can shed some light on casino profit margins as well as the psyche of an average Canadian casino player.

As with the neighbouring USA, Canada has devolved its regulatory controls on gambling down to the provincial level, with the federal government coordinating broader laws that affect each province.  Today, most of the major Canadian provinces allow gambling, including Quebec, Ontario and British Columbia, although most of the northern provinces still don’t have comprehensive gambling legislation put in place.

In Ontario, where the lawsuit by a disgruntled casino player that overspent well beyond his means has been launched, both land-based and online casinos are allowed.  These operate under the condition that the in-house casinos have the necessary provincial licenses and that the operators of the online casinos are not based in Canada itself.  The Ontario Lottery and Gaming Corporation ensures that all of these companies continue to operate within the legal and regulatory framework.

Some players are no strangers to burning through large wads of cash during a single session on the casino floor.  The more affluent players are often seen in the VIP salons of famous casinos, wagering as much as tens of thousands of dollars at a time on a single game.  As for the rest, self-control is vital to prevent someone from spending beyond their means, which might result in long-term financial hardship.

According to Fox News, one man has decided to take on a casino industry, to try to recoup money that he had wagered away.  Tarwinder Shokar, a native of Windsor, Ontario, is suing Caesars Casino Windsor for allowing him to spend more than CA$260,000 during two separate visits to the casino in 2013.  Shokar, a convicted fraudster, who had already been banned from several casinos around Canada for disruptive behaviour, argued that the casino played on his weaknesses by serving him large amounts of alcohol, which he blames for his spending spree.  Shokar is asking for his gambling losses, as well as additional CA$500,000 for perceived damages.

Another shocking story comes from the UK, where Natasha White, a 34-year-old HR systems adviser, committed suicide as a result of her spiralling gambling addiction.  Ms White is reported to have been spending as much as two-thirds of her salary of £1,900 in a single day, at the time of her passing.  In all, Natasha was going through £20,000 per year on gambling, which was way above her earnings and means.  She was found hanged at her home by a close friend in August 2018.

In the aftermath of her death, a lawsuit was filed by her family against three online casinos for apparent false advertising and spurring players on to spend their money online.  During the trial, it came to the surface that Ms White also suffered from chronic depression and that her overspending might have been just one of the reasons for her suicide.  Nevertheless, the UK Gambling Commission sanctioned the three online casino providers for failing to protect a gambler at risk.  The companies include Casumo, which was fined in the region of £6 million, as well as MT Sure Trade that was slapped with a fine of almost £600,000.  Broadway Gaming Ireland also got handed down a fine of £100,000 for ‘misleading’ promotions.

Responsible Gambling is the Safest Gambling

While it is always saddening when people spend their last dimes on an addiction, and this, in turn, leads to financial issues and self-harm, the responsibility should remain on the player to control how much they spend.  Conversely, casinos and online casinos in Canada should conduct themselves ethically when it comes to both advertising and motivating their players to spend more money.  In the end, setting aside a fixed amount of money for gambling purposes and sticking to this budget is the safest way not to fall into a possible debt trap.

Should you think you might have a gambling problem, please contact one of these confidential 24h helplines and get the help that you deserve: