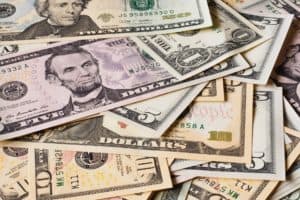 The Cullen Commission of Enquiry continues its deliberations on the money laundering practises that have entrenched themselves within the gambling industry in British Columbia.

The latest evidence presented at the Cullen Commission came from Rob Barber, a former Gaming Policy and Enforcement Branch Investigator.  The commission has been holding daily hearings over the past three weeks, listening to testimonies from gambling-industry specialists and their experiences relating to the ongoing money laundering battle in British Columbia.

The commission plans to put together a preliminary report by the middle of November, with the final report scheduled for early 2021.

In his testimony, Rob Barber recalled the criminal practices that he uncovered during his tenure as an investigator between 2010 and 2015.  According to him, River Rock Casino was a hotspot for laundering of proceeds from drug trafficking.  Even though suspicious transactions were processed regularly, no one was taking any actions to remedy these.

Barber regretted that neither the provincial gaming regulator nor the British Columbia Lottery Corporation were interested in investigating sizeable cash transactions being processed regularly at the River Rock Casino.  Over time, the frequency and the number of transactions continued to grow, with no action taken.

According to Barber, in 2011 he approached Doug Scott, an associate deputy minister at the time, addressing his growing concern over activities taking place at the River Rock Casino.  To his dismay, Doug Scott refused to engage him on the matter, and no action was taken.

A further attempt to highlight the growing problem at River Rock Casino took place in 2015.  The result was that the task was passed onto the enforcement branch to continue with the investigation, which never took place.  Furthermore, investigators from the British Columbia Lottery Corporation did publish reports on loan sharks and high rollers who were using large amounts of CA$20 bills at the casino, but nothing came of it.

Muriel Labine, an employee of the River Rock Casino between 1992 and 2000, testified that loans sharks commenced their operations at the venue in 1997.  This was shortly after the government of British Columbia greenlighted CA$500 betting limits per hand.  At the time, Labine’s manager advised her to stay away from loan sharks, as they might be dangerous.