Prince Edward Island On the Verge of Launching Online Gambling 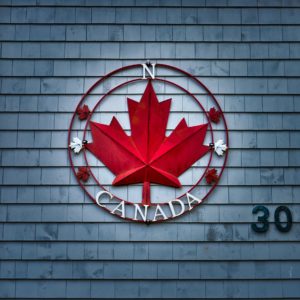 A newly-proposed and fast-tracked online gambling legislation in Prince Edward Island has raised a few eyebrows for not following the due processes.

Prince Edward Island, Canada’s gateway to the Atlantic coast, has sped up its preparations to launch online gambling operations across the province.  However, the required legislation’s speedy promulgation has been conducted with insufficient public input into the matter.

Prince Edward Island is forging ahead with the launch of online casinos, skipping some due process on the way, which has generated criticism. The province plans to run its online casinos through the Atlantic Lottery Corporation (ALC).  Still, there has been no public consultation on the matter, making for a prickly interaction between the proponents and the opponents of the move.

Darlene Compton, Prince Edward Island finance minister and head of the local lotteries commission, has argued that ALC was chosen to ensure that public consultation and legalisation of gambling are in line with the legal requirements.

The ALC can launch online gambling only once it has conducted all the necessary studies, Compton has argued.  However, according to the ACL CEO, Chris Keevill, the organisation does not always engage with the public when deciding on the launch of products such as iGaming.

Instead, it remains within the province’s mandate to seek such consultation and for the ALC to implement the service offering later. However, the lottery has done its due diligence, contacting organisations specialising in the laying out of the groundwork required for the launch of online gaming.

According to the study, there was no evidence that introducing online gambling would have a detrimental effect on vulnerable or problem gamblers in Prince Edward Island.   Furthermore, examples from other provinces were cited where such products are already available.

Another Consultation On the Cards

However, with a growing list of sceptics, an online gambling unveiling may be delayed. Compton said that more studies were needed, in addition to anything done so far by the ALC.  These studies would aim to appease those who have concerns about the well-being of individuals who spend time at home and may be tempted to pursue online gambling beyond their means.

Compton shared this opinion, arguing that there has been an increase in online gambling activity among Prince Edward Island residents who have spent more time online on gambling over the past few months, due to the pandemic. Yet, people’s spending is not linked to the legal status of the activity.

Canadians spend CAS$14 billion betting on offshore sports compared to just CA$500 million legally. The casino numbers are not precisely known, but Compton says everyone must spend their money within a safe and regulated environment.

Prince Edward Island can protect players from offshore websites that have no interest in player well-being. On the other hand, the Green Party has been one of the plan’s most vociferous opponents, calling it “reckless” and lashing out at the lack of public consultation.

In a CBC Canada interview, Compton said that she wasn’t yet sure when online casinos will launch.  Still, hopes are that this will happen within the first half of this year, or as soon as any outstanding issues are finetuned by the local lotteries commission and the ALC.

Prince Edward Island wants to catch up with other provinces where online gambling is available, including Manitoba, Alberta, New Brunswick, Quebec and British Columbia.