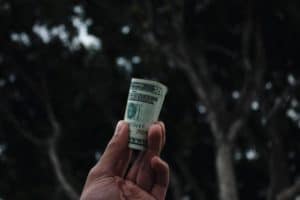 A Toronto real-estate magnate, who was recently arrested in a large-scale Markham gambling den raid, might be linked to similar money laundering in British Columbia.

Wei Wei, an Ontario-based real-estate tycoon, who is facing jail time due to money laundering charges levelled against him, has been identified as a key business partner of a British Columbia property developer, Yongtao Chen.  The latest evidence linking the two has sparked concerns of possible money laundering ties between the two provinces.

The special joint-task operation, carried out by Ontario security agents in early July, aimed to crack down on illegal gambling in the province, which is directly affecting legal gambling revenue.  High rollers are particularly drawn to the illicit gaming since these gambling dens offer them added flexibility and exclusivity.

Following “Operation Endgame”, carried out by the York Regional Police, a 20,000-square-foot mansion in Markham that housed an illegal gambling operation, was shut down.  The police found various game offerings inside the property, including slot machines and mah-jong tables, which are very popular with Chinese high rollers.

Also found on the premises were 11 guns, CA$1 million in cash, and CA$1,5 million worth of exclusive alcoholic drinks.  The police also located 32 individuals on the premises, including Wei Wei, all of whom were arrested.  It is estimated that the property where the illegal gambling joint was located is valued at CA$9 million.

Following the arrest, it surfaced that Wei Wei was linked to prime minister Justin Trudeau, as they both attended a Liberal Party fundraiser event in 2016.  During this event, Wei made donations to the University of Montreal and the Trudeau Foundation, in his capacity as the co-chairman of the Canada-China Chamber of Commerce Association.

The latest evidence now puts the spotlight on Yongtao Chen, the chairman of the Canadian Alliance of Chinese Associations, and his links with Wei Wei.  Chen, Wei, and Wei’s wife Xing Yue Chen together oversee an Ontario-based company that has recently purchased two Toronto hotels for CA$75 million.

The ongoing probe has raised concerns about money laundering that has been facilitated by a large number of properties in possession of Wei and his wife.  The investigation is set to continue, with further details expected to emerge in the coming days.