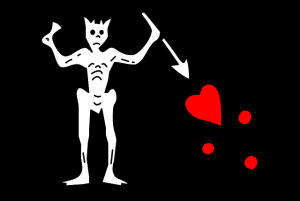 Play’n GO has added an exciting summer addition with a jampacked sequel to the legendary Jolly Roger slots game.

The online gaming pioneer, Play’n GO, has recently released a top-notch slots title Jolly Roger 2 which follows in the footsteps of its much-loved predecessor game.  The upcoming sequel guarantees to be both intriguing and provide superb payouts each time that you play.

Play’n GO is renowned for its captivating slots titles that involve elaborate storytelling and exquisite attention to detail.  The forthcoming title is linked to the popular Jolly Roger slots game launched in 2012 that has grown to become one of the firm favourites amongst gamblers.

A Sequel to a Successful Title

Jolly Roger 2 will live up to its expectations by taking us on a pirate adventure laden with treasures that span the seven seas.  The dashboard features the configuration of a 5×3 slot within a traditional layout.

The developer has also paid attention to the graphics, which have been significantly enhanced.  The graphics create an illusion of the player being on a real-life pirate ship that crosses the world’s oceans in search of great treasure.

The main character is Red Roger, a jolly pirate who is excited to take his crew on an epic adventure.  Along the journey, be ready for great prizes floating about and an abundance of free spins to enhance your gameplay.  All special features are triggered by a pick and click, making each selection simple to apply.

A Basket of New Offerings

Each free spin is interwoven with a rich storyline behind it.  Be it a speedy chase across the waves towards a heavily laden galleon, or going head to head against a powerful armada, the bonus spin options are endless.

Play’n GO also recently unveiled its Diamond Vortex offering that showcases a player-preferred hexagonal grid format.  The Sparkling Stones section of the gameplay is sure to bring in the crowds with its superb payout potential.  True to form, Play’n GO also introduced another hexagonal grid offering last year, when we saw the launch of its Honey Rush game.

The cascading grid slot introduces a visually enhanced gaming experience with added special features such as the Core Wild Vortex which appears in the centre of the grid.  The feature also boosts the wilds multiplier value as it swallows them.