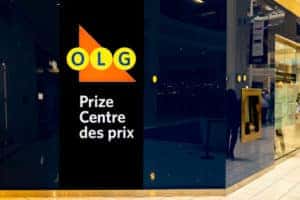 The Ontario Lottery and Gaming Corporation recently appointed a new chief executive officer, Duncan Hannay, on whose shoulders falls the precarious navigation of the company through the current pandemic crisis.

Duncan Hannay, the former president and CEO of the Street Capital Group, has been appointed to the position of the chief executive officer of the Ontario Lottery and Gaming Corporation (OLGC).  Hannay spearheaded innovative ways that allowed Street Capital clients to best benefit from residential mortgages.

Hannay has an extensive knowledge of loan and deposit products, which will perfectly suit him in his new role, the reigns of which he took on 26 October. The hope is that, with the extensive financial knowledge under his belt, Hannay will positively impact the future development of this Crown corporation.

According to Peter Deeb, the chairman of the OLGC board, the company put in a lot of effort to source a perfect candidate for the vacant executive position and find someone who will be capable of leading the company towards better days.  With Duncan Hannay’s extensive knowledge of banking and digital innovation, the choice was made that much easier.

Hannay’s progressive business and company management approach is expected to reflect positively on the overall operations, through the introduction of new processes and strategies.  The new CEO also had a stint at Finastra, where he was in charge of the company operations.  This position allowed him to finetune his knowledge of retail and transaction banking, as well as lending software solutions.

Changing of the Guard

Hannay has stated that he is excited and ready to push OLGC towards its next evolutionary chapter.  The new appointment couldn’t have come at a more precarious time, with the ongoing pandemic having seriously dented the company’s revenue over the past seven months.

The new action plan reiterates close relationship with OLGC’s existing business partners, and continuation of work left off by the former CEO, Stephen Rigby, who left the company in March, following five years of successful operations.

Rigby has stayed as an interim CEO during the recruitment process and the appointment of the new top executive.  According to reports, Rigby walks away with a severance package of CA$847,000, as well as additional benefits, in line with the severance agreement.