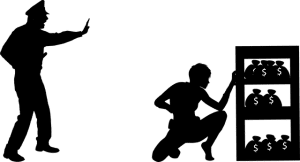 A Kansas man donning a prosthetic mask to make him appear older than he is, robbed customers at a local casino out of US$100,000.

John Christopher Colletti, a Kansas City local, has been detained by the local law enforcement agents for making several successful heists at the MGM Grand casino in Detroit.  The 55-year old is said to have made use of a prosthetic mask to disguise himself as an older man and make his robberies at the casino’s VIP salon easier.

According to the report filed by the FBI, Colletti’s intricate scheme involved stealing his victims’ identities by obtaining their personal details through rogue online websites.  After that, Colletti would create forged driver’s licenses using the stolen information.

In additional to his prosthetic masks, Colletti also used other disguises such as hats, glasses and even a walker before targeting high rollers at the MGM Grand VIP salon.

A Criminal Scheme of Grand Proportions

Colletti’s criminal run lasted from April to May 2019, during which he stole US$98,840 from at least ten unsuspecting casino patrons.  CCTV footage shows the crook entering the casino on 23 May with his guise and making 15 cash withdrawals before making his way out and catching a cab.  The cameras later caught him at the Pegasus Tavern in Greektown, where he was seen entering a restroom and emerging shortly after that without a mask.

All the victims were part of a VIP rewards scheme that allowed them to access cash advancements in the form of credit through a specially designated kiosk on the casino floor.

A Cardinal Mistake Gives the Police a Break

What finally did Colletti in was his lack of originality.  On 12 March this year, Prairie Band Potawatomi Tribal Police placed Colletti under arrest for identity fraud at Kansas’s Prairie Casino.  The police noticed similarities between his crime in Kansas and the previous set of incidents that took place at MGM Grand in Detroit.

Masked as an older man with a walker, Colletti was spotted withdrawing over US$20,000 from various kiosks at Prairie Band Casino.  With alarm bells ringing, the local security questioned Colletti why he was withdrawing such large sums of money at once.

Unable to offer a plausible explanation, Colletti fled to the casino’s restroom where he dropped his disguise and left the building.  Authorities later discovered US$11,000 in cash, as well as rest of his costume, the walker and several Michigan driver’s licenses in the toilet.