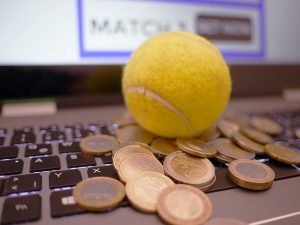 Single-game betting recently received much-needed wind in its back, after commissioners from the five professional sporting leagues came together in a joint statement that reaffirmed their support for legalisation across all the nation’s provinces.

Gary Bettman of the NHL, Adam Silver of the NBA, Don Garber of MLS, Rob Manfred of MLB and Randy Ambroise of the Canadian Football League all voiced their strong support for the new measure.  The commissioners hope that the new form of betting will offer fans an alternative way to engage in various sports games.  In a joint statement, the commissioners reiterated that single bets would protect both the sports and the bettors.

The Bill Submitted Before Parliament

At the moment, sports betting is allowed in Canada, but only through parlay betting, which forces the gamblers to pick winners across multiple games or events, to be able to cash out. With sports betting now available in the US states that border Canada, the local lawmakers are making yet another attempt to end the restriction through Bill C-218, which closely resembles a similar bill that got bounced in Ottawa last year.

A group of legislators also wrote to Prime Minister Justin Trudeau, detailing that single-game sports betting can be a source of economic opportunities for many Canadians, and that he should take into consideration the joint statement by the commissioners.

Strong Backing for the Bill from Ontario Leadership

Besides the sports leagues, provincial administrations have also adopted a proactive stance on the matter, with Ontario being in the forerun to support the bill.  With the US sports betting states of New York and Michigan bordering Ontario, the province has a keen interest to legalise single-game betting on its side of the border.

Provincial leaders have repeatedly sent requests to Ottawa to have the ban on betting rescinded.  Local politicians have offered their assistance to the federal government with the implementation of the new policies in a responsible manner.

As would be expected, various sportsbooks are also waiting with bated breath to hear whether the current restrictions will be lifted.  According to data available to sports betting applications, single-game sports betting is already taking place on Canadian games through irregulated and illegal channels.

According to John Levy, owner of theScore, a Canadian sporting media company that’s licensed to run sports betting apps in the US, there would be manifold tax benefits for Canada.

“For the past two years, the United States has demonstrated the kind of tangible consumer and tax benefits related to regulated sports betting that could be similarly impactful in Canada,” said Levy.