Macao Casinos Gearing Up for the Golden Week Rush 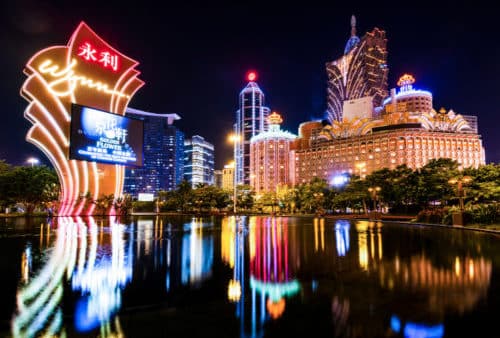 While Macao casinos might have been short on guests during the last few months of the COVID-19 pandemic, they are all getting ready for a massive influx of tourists for the annual Golden Week holiday celebrations.

According to a decree of the Chinese State Council, the week of 1 – 8 October has been earmarked for the annual Golden Week holiday celebrations.  As a result, the Special Administrative Region of Macao is bracing itself for an inflow of Chinese mainlanders, thousands of whom will flock to the city.  The annual Golden Week celebration sees as many as a billion people embark on a vacation, making it one of the most considerable reoccurring human migration periods.

Golden Week, which was launched in 2000, aims to boost domestic tourism within China.  Most local companies give their employees paid leave during the week so that they can use this time to travel within the republic.

Macao is one of the top destinations during this period since it’s the only territory in China in which gambling is permitted.  Despite the ongoing concerns surrounding the coronavirus pandemic, many locals have booked their holiday in the world-renowned casino enclave.

Macao has seen a severe slump in its income over the past eight months due to the enforced travel bans, with its gross gaming revenue plunging over 80% since the beginning of the year.  Similarly, tourist visits have fallen by as much as 86% compared to the same period last year.

Macao’s entry restrictions were eased in August, allowing mainland residents of Zhuhai and Guangdong to visit the territory without having to quarantine themselves.  And, the first booking estimates are indicating a more optimistic October.

All of the city’s five-star hotels, including the Ritz Carlton, Four Seasons and The Plaza, have been sold out for the duration of the festivities.

Anyone who booked a room during the Golden Week had to cough up big bucks for top properties.  The prices for that period have been significantly inflated as compared to the regular cost of those rooms.