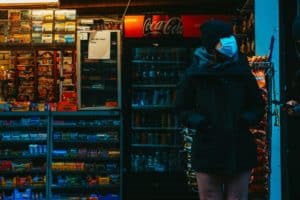 After several notices, an unclaimed million-dollar Lotto 6/49 prize is set to expire, with the search for the winner still not bearing any fruit.

The British Columbia Lottery Corporation (BCLC) has had its hands full, trying to pinpoint the owner of an unclaimed one-million-dollar Lotto 6/49 guaranteed prize that is set to expire on 18 March.  While winning a grand prize is, by all standards, a lifechanging experience, the winner of the current jackpot has not, for some reason or other, been forthcoming in claiming their big win.

Failing to claim a prize timeously means that the winner of that prize risks losing all that they have won.  According to records, the prize-winner hails from the northern Vancouver Island region, specifically Telegraph Cove, Coal Harbour, Alert Bay, Port Hardy or Port McNeill.

All individuals from this area have been urged to recheck their tickets in case they are the lucky winners.  The winning ticket features a serial number 19117903-02 printed on it, which appears below the six-digit set of winning numbers in the main prize draw. It remains to be seen whether the winner is a single-player or a group of people.

In 2020, the BCLC awarded over CA$690 million in lottery prizes, and the Crown corporation is looking at ways to increase this amount in 2021.  In January, a Quebec MAX ticket worth one-million dollars expired. Loto-Québec was looking for the winner of this ticket for more than a year, to no avail.  Someone eligible for this money failed to collect their prize timeously, losing a CA$1,000,000 prize forever. The Quebec MAX ticket in question became eligible for payout on 5 July 2019.