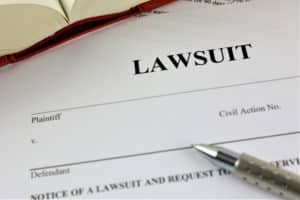 Loto-Quebec’s popular OK POKER online gambling platform was involved in a recent uproar when it emerged that some players found ways to manipulate the mechanics in Texas Hold ’em poker games.

Now, the Crown corporation is in hot water, having to answer in court in response to a class-action lawsuit filed last year that argues that the online platform experienced a glitch that selected players had abused.  A lawsuit filed in 2020 by LPC Advocates on behalf of Elisabetta Bertucci against Loto-Quebec was given the go-ahead to proceed last week by the Superior Court of Quebec.

According to Bertucci’s claims, iPad players had a significant advantage over non-iOS gamblers between 9 July 2019 and 18 May 2020.  This was made possible due to a glitch that allowed some Texas Hold ’em players to reveal their opponents’ cards on the OK POKER platform. It is estimated that Bertucci lost approximately CA$18,000 during 2020 due to this hiccup while playing on the OK POKER digital platform.

According to the lawsuit, Loto-Quebec needs to reimburse all players who had used the platform during the abovementioned period, plus grant them each punitive damages of CA$300.

Loto-Quebec responded by denying any allegations and insisting that all players could technically have had access to the history of hands, irrespective of the device they were using.  Nonetheless, the Crown corporation held back from any further comments due to the ongoing legal proceedings.